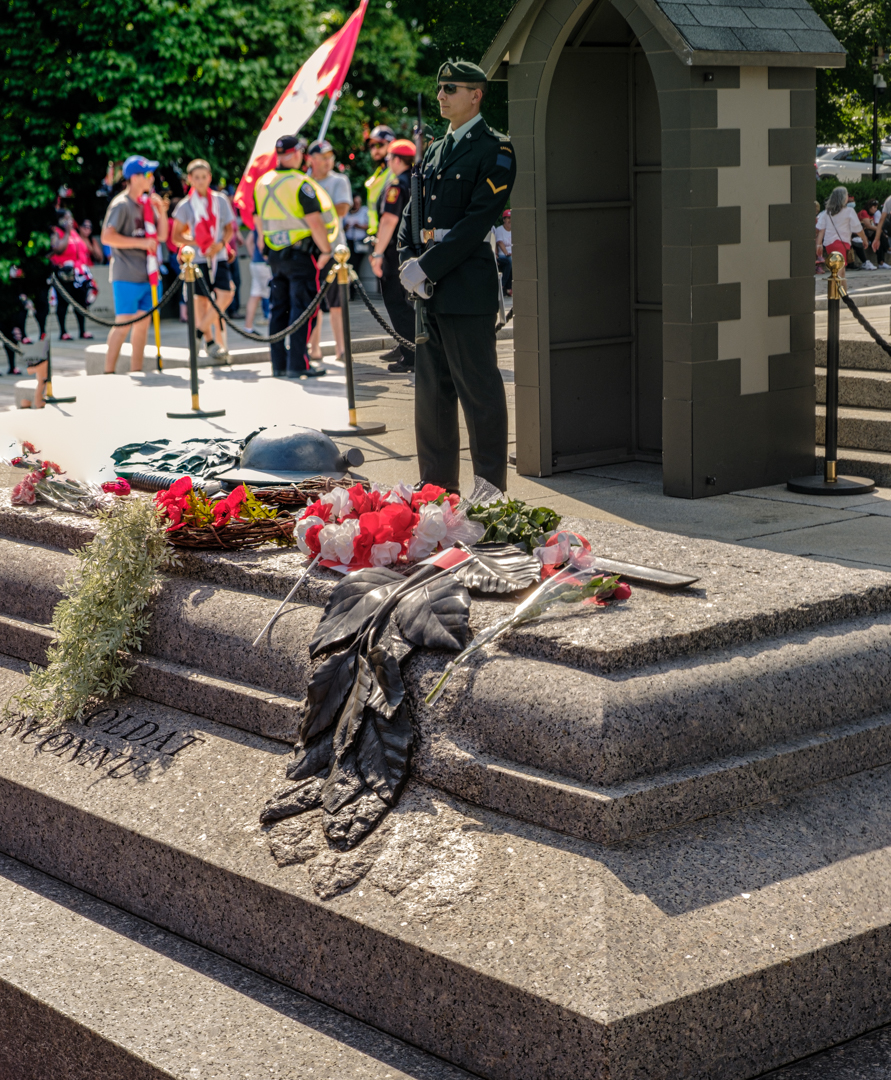 After my visit to the Market on Canada Day I strolled along Wellington Street in front of Parliament Hill.  The main events this year were down at Lebreton Flats but that did not appeal to me with its very hot wide open spaces so I stayed where there was some activity and some shade.  The numbers were ertainly down this year due to a number of reasons which include Covid and avoidance of the “Freedom” protesters.  But there was still a good time to be had. 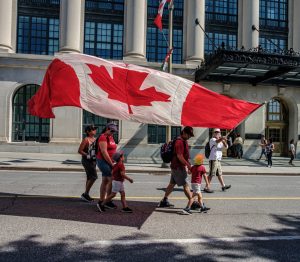 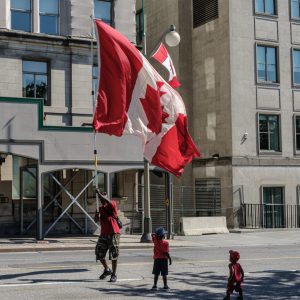 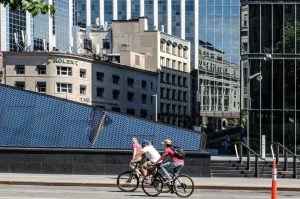 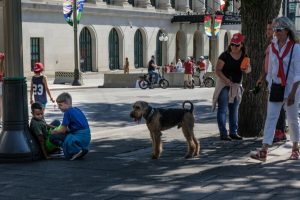 I think these folks need to learn to spell! 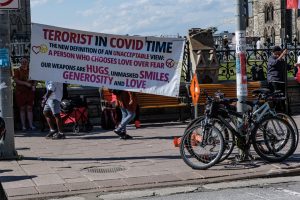 On my way home I stopped by the War Memorial which was the end spot for the “Freedom” parade.  Fortunately all was peaceful but the Tomb of the Unknown Soldier was heavily guarded to avoid any unfortunate incidents such as what happened last winter. 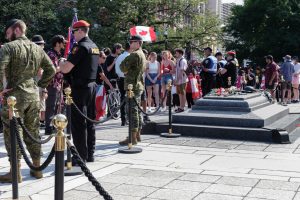 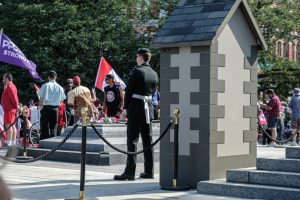 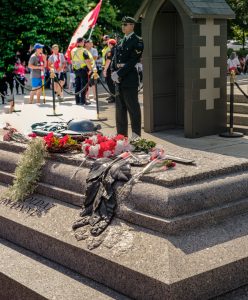 Most of us are completely baffled by this protest as just about all mandates such as masking have been lifted, it is no longer necessary to be vaccinated to travel or to be employed by the federal government.  So what is their issue? 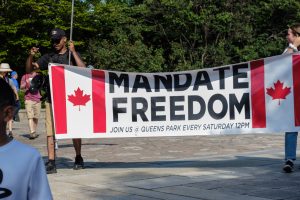