Cannon Beach is on the coast of Oregon, part of the town of Cannon Beach.  It’s a great beach for walking, though not so great for sunbathing as it’s often misty and grey there.  It’s dominated by Haystack Rock, which is known as a nesting place for puffins and other birds.  When the tide is really low you can walk out to the big rock and the smaller rocks around it.

The rock is a story in itself, but the people there are also fun to watch.  These shots are from a couple of chilly August days. 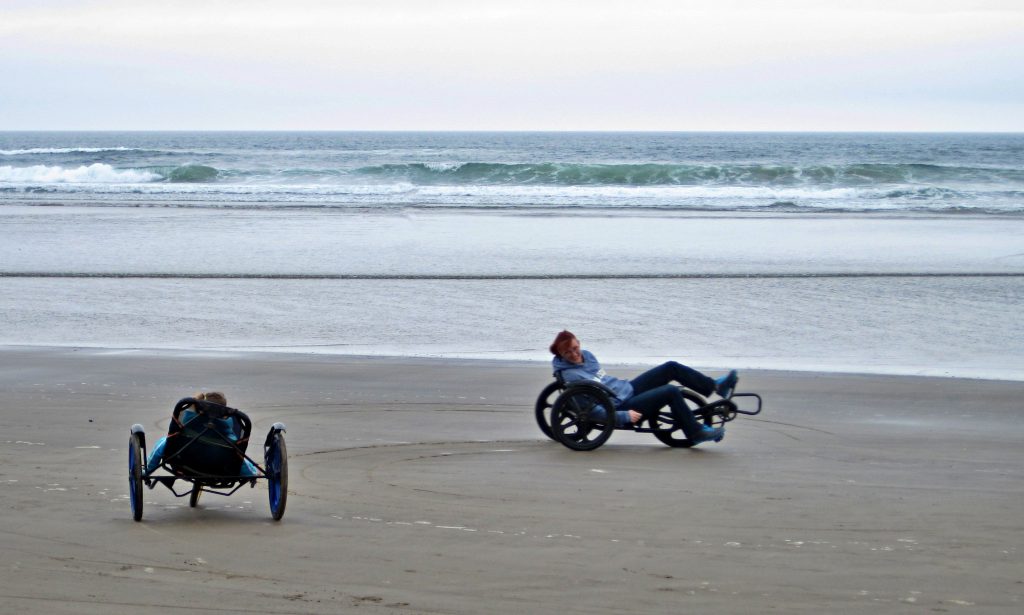 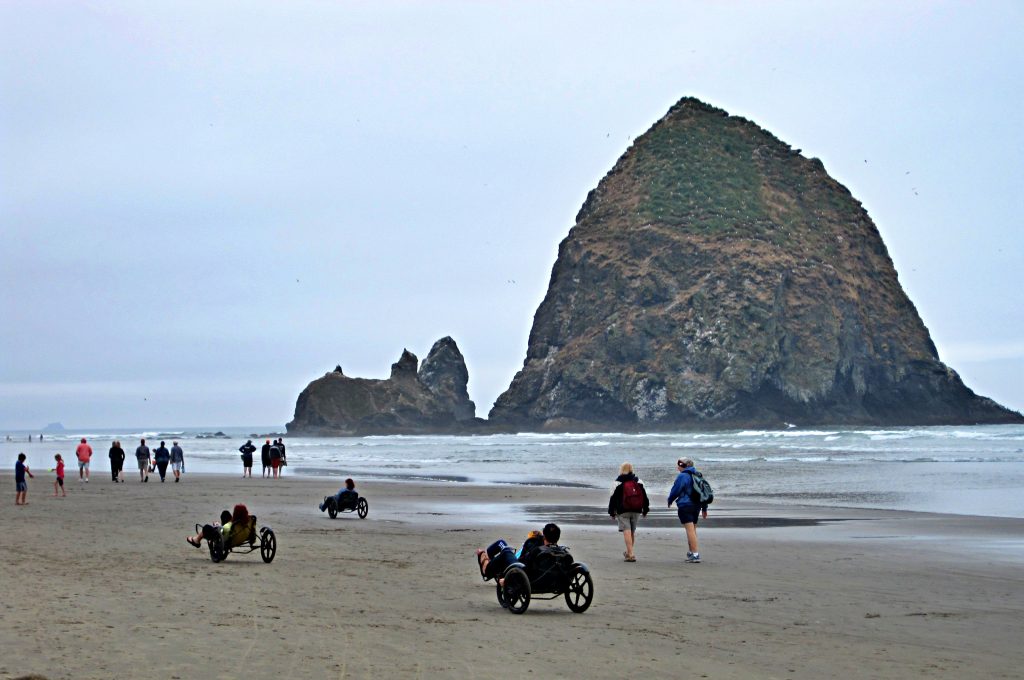 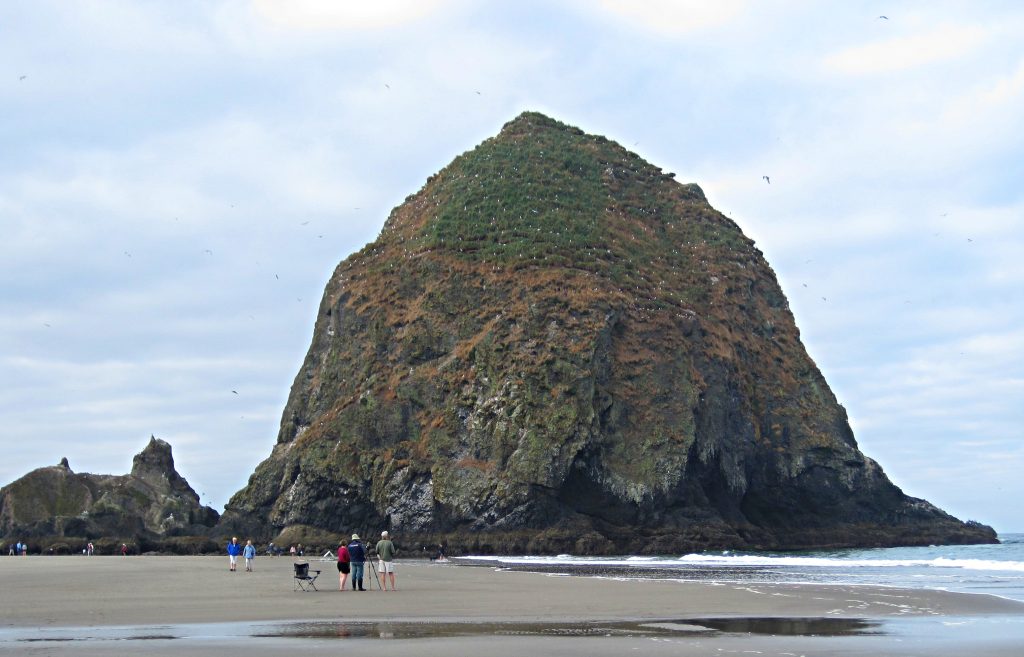 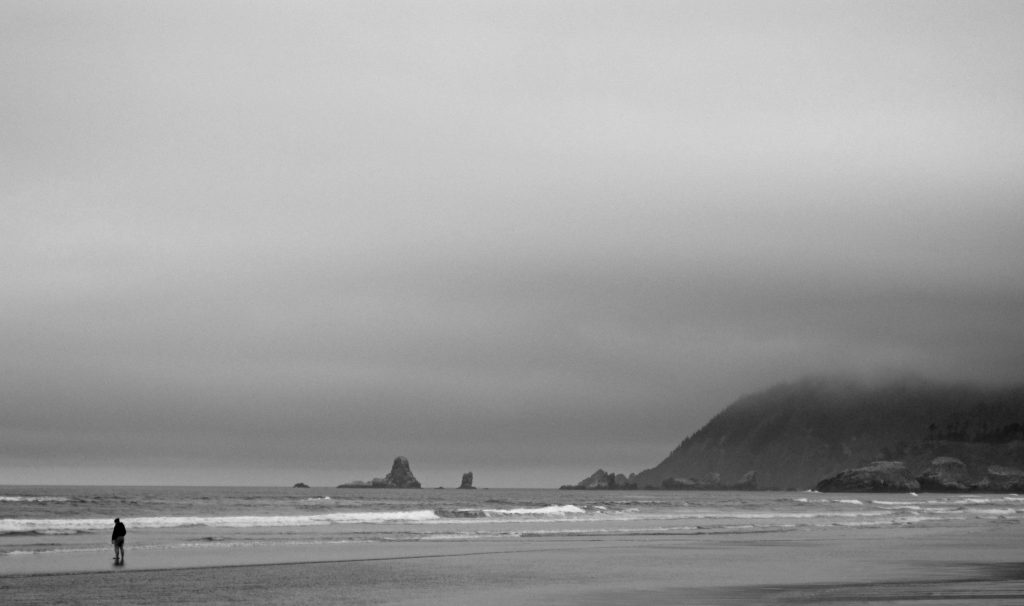