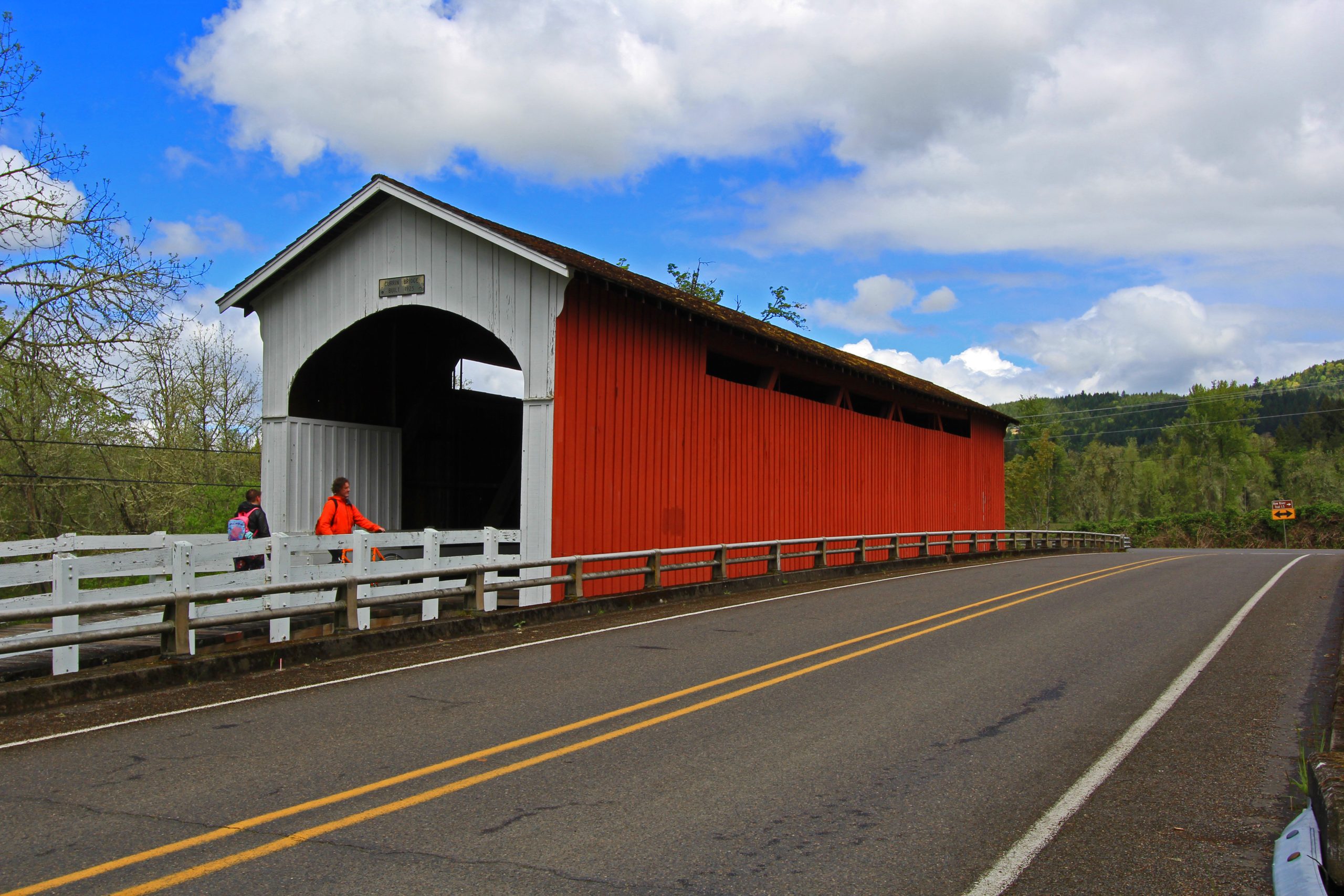 As with many Lane County landmarks, the Currin Bridge was named after an early pioneer family in the area. Nels Roney constructed the first covered bridge at this site in 1883 for $1,935. When it was to be replaced in 1925, Lane County again considered a contract for the bridge construction. The lowest bid was $6,250. The county felt it could save money by building the bridge itself. County employees, with the supervision of brothers Miller and Walter Sorenson, constructed the bridge for $4,025, realizing a substantial savings for the county. 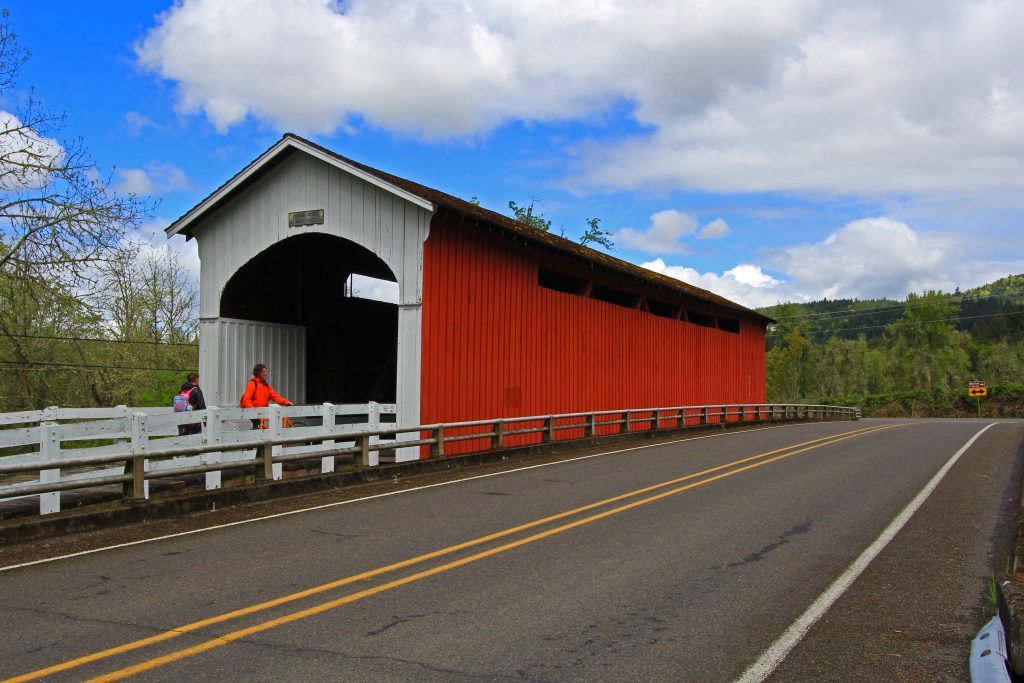 In 1970, the covered bridge was bypassed by a newly constructed concrete bridge, and subsequently closed to traffic. In the 80s, preservation efforts included fumigation, removing an approach and screening off the remaining entrance. 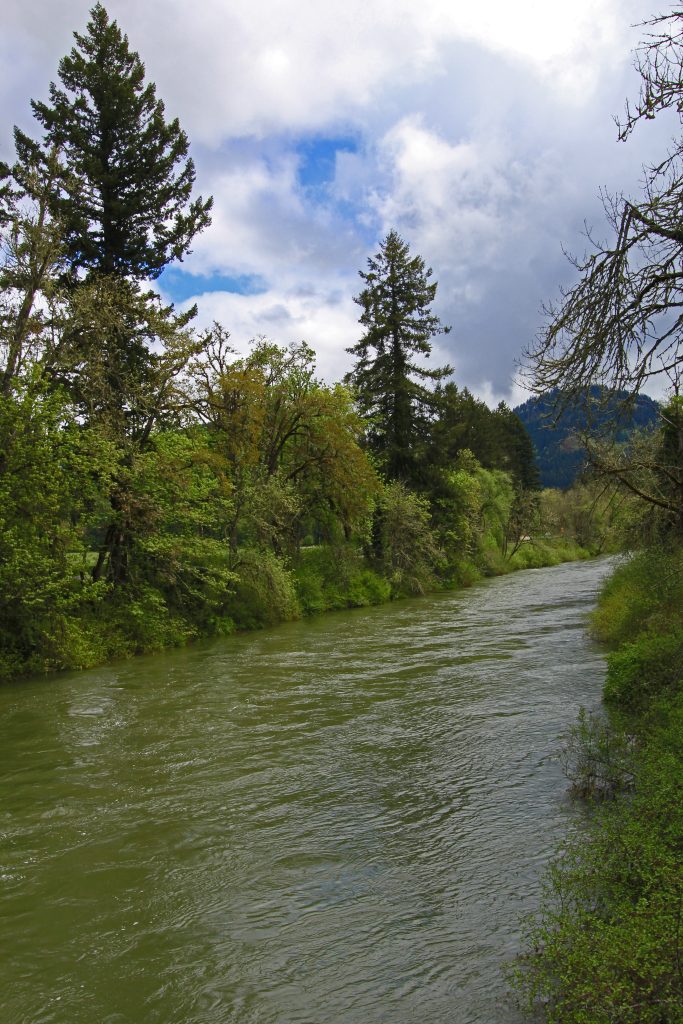 Then as a recipient of the Oregon Covered Bridge Program grants in 1993, the bridge was substantially renovated. Repairs included structural, rails, roof, siding and paint. In 1995 the bridge was reopened to pedestrians. It is a charming spot to stretch your legs and enjoy the river view. 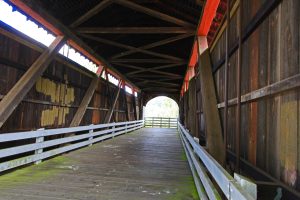 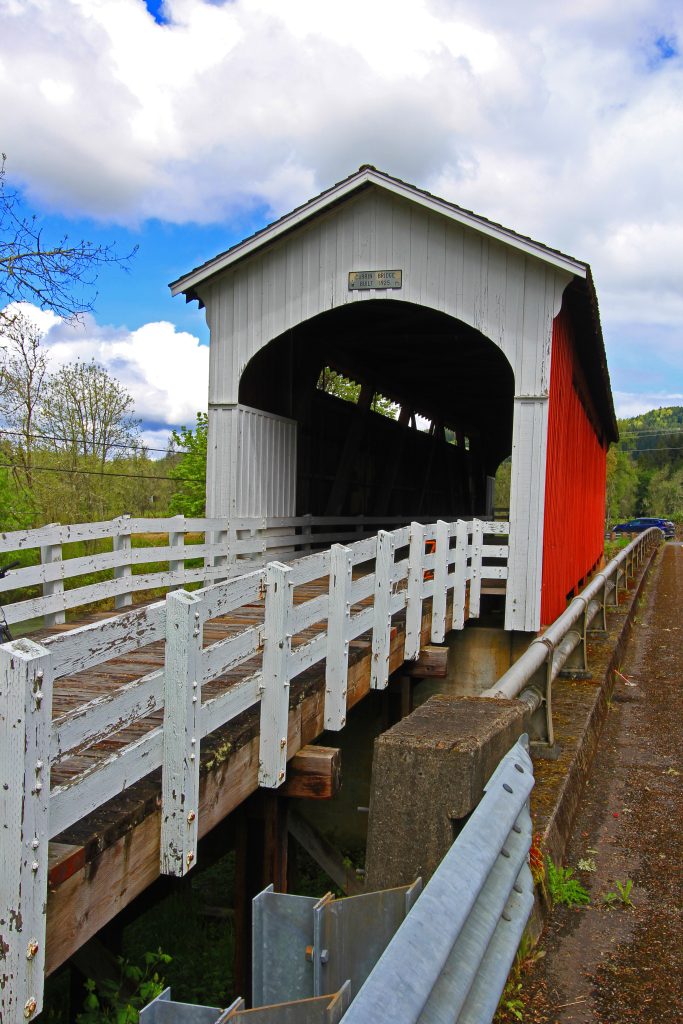 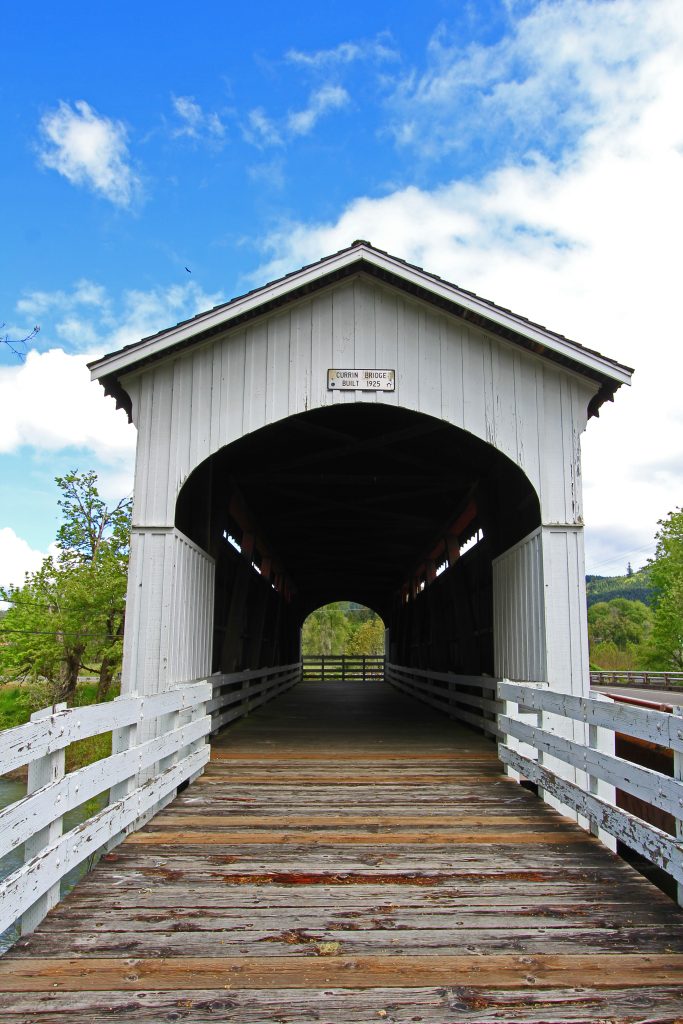 Architectural distinctions include single piece hand-hewn chords and cross-wise planking on the approach. It is Lane County’s only covered bridge with white portals and red sides.   The successful restoration of this bridge is another example of the dedication of the State and local governments to Oregon’s covered bridges.