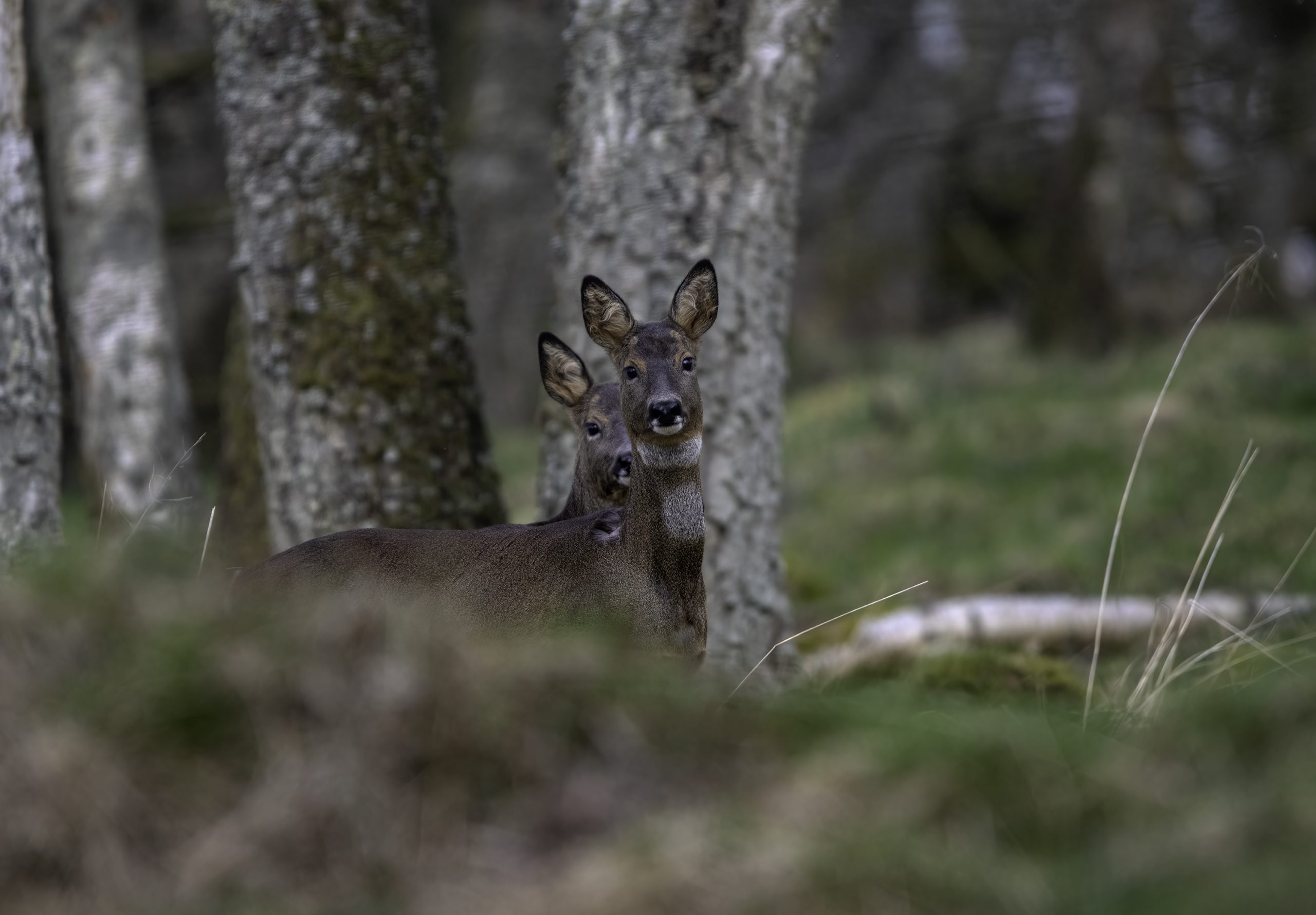 After a reasonably traumatic start to our year, we have finally moved back to Scotland. We’re both Scottish, Jo having spent most of her life in the USA and mine throughout England and Wales but, the calling was too great. That and the fact that our landlord in Wales wanted to sell his property kind of gave us the kick in the backside, to get moving. We’ve been kind of looking for some time but never too seriously, hoping for quiet, surrounded by nature and lots to photograph.

So, here we are just outside the small town of Alyth in Perth and Kinross. I’m sure it used to be just Perthshire? We were SO lucky to find and get a wonderful property where the silence is deafening and the neighbours are enchanting.

First drive out saw a taste of what was to come. 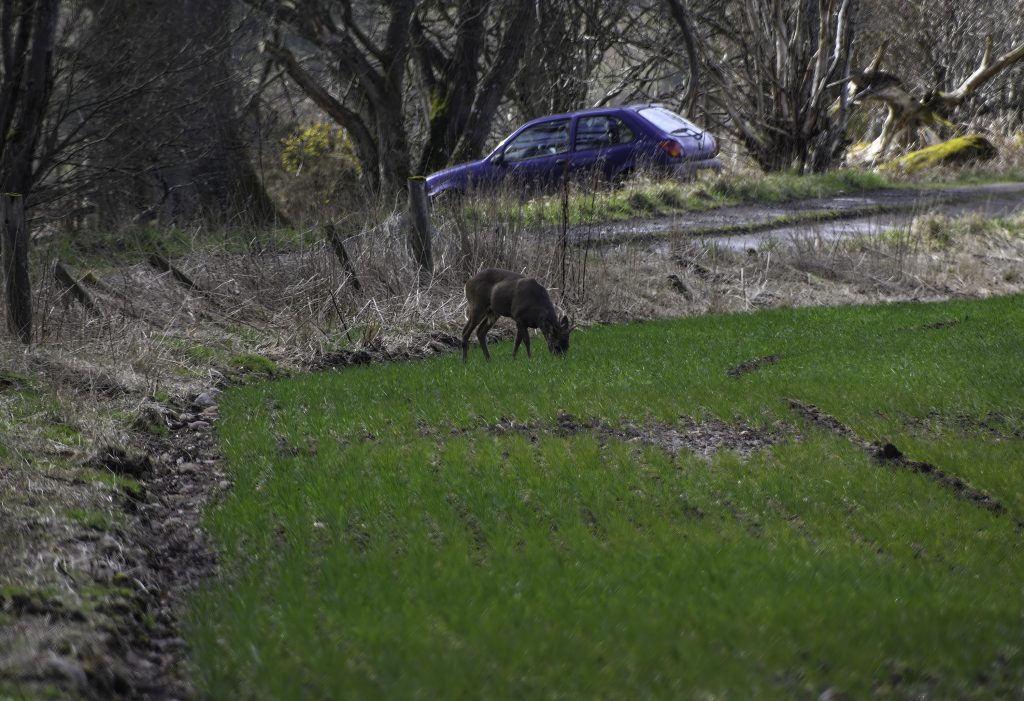 Our first glimpse of a small deer family of three that roam the surrounding area. 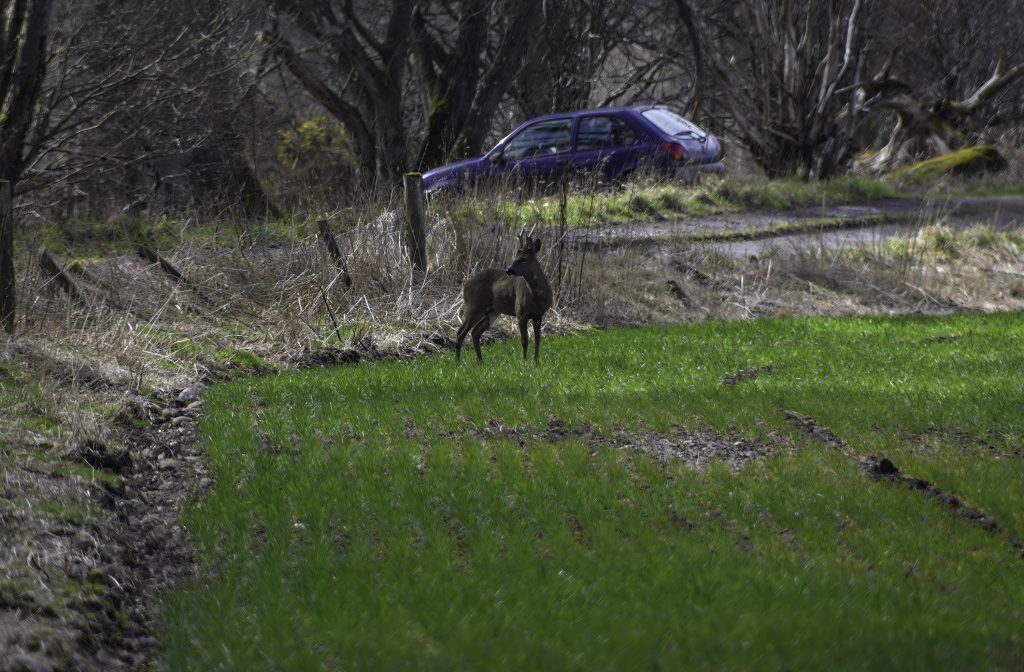 Their hearing is amazing, their eyesight, not so much, apparently but he heard us jabbering excitedly as we wound the window down 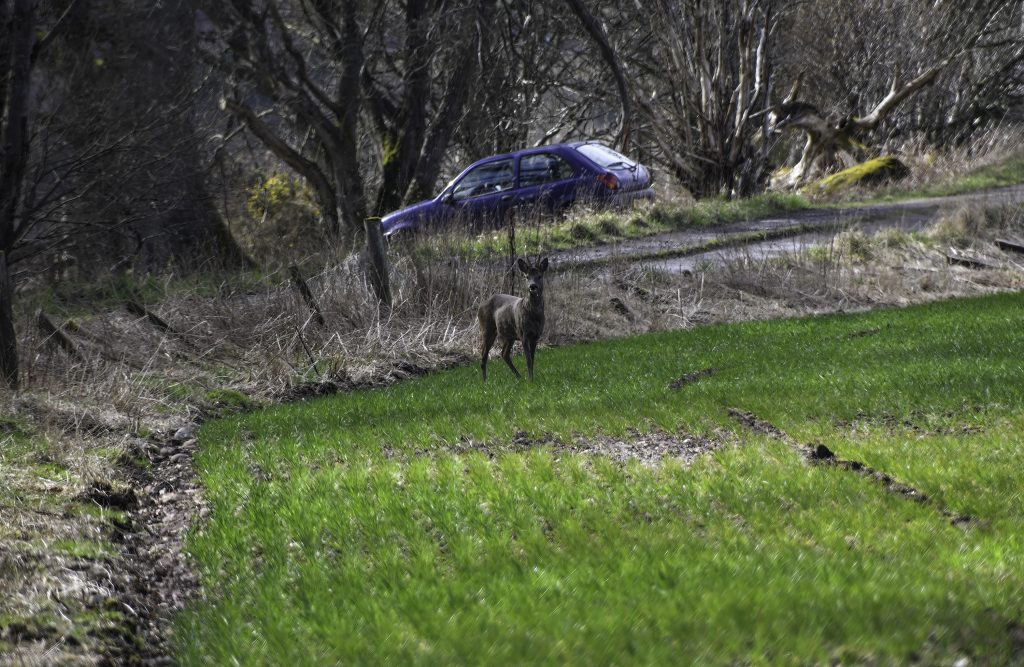 So now our daily schedule includes, where are the deer today?

I’m also now getting used to walking the area with my head on a 180 degree swivel. 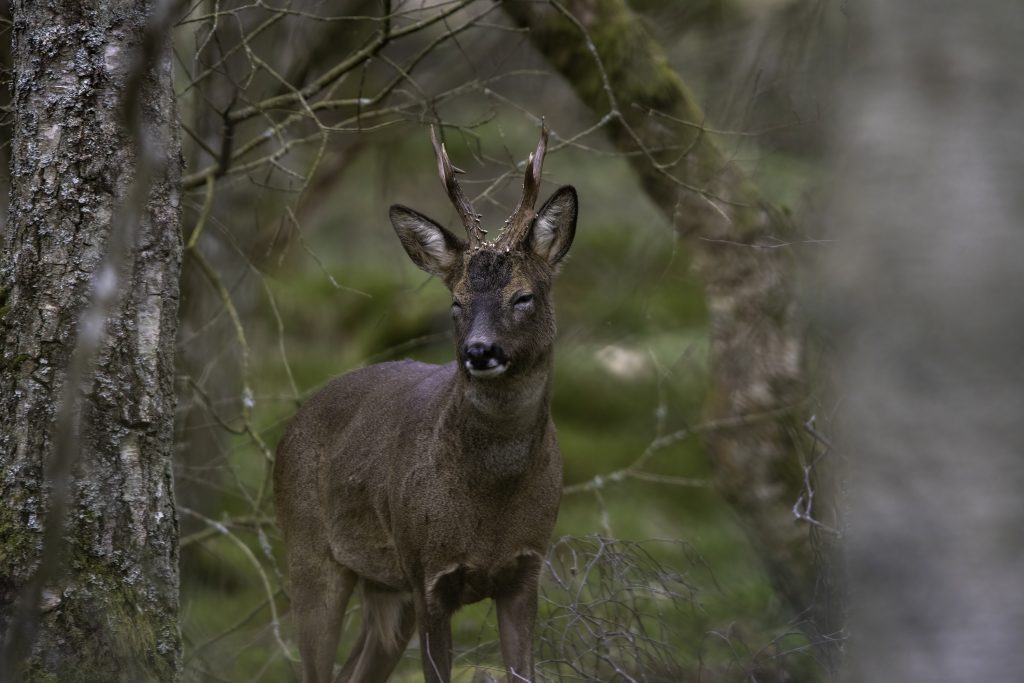 They appear to wander at will, I’ve now seen individuals at various different points in the area. 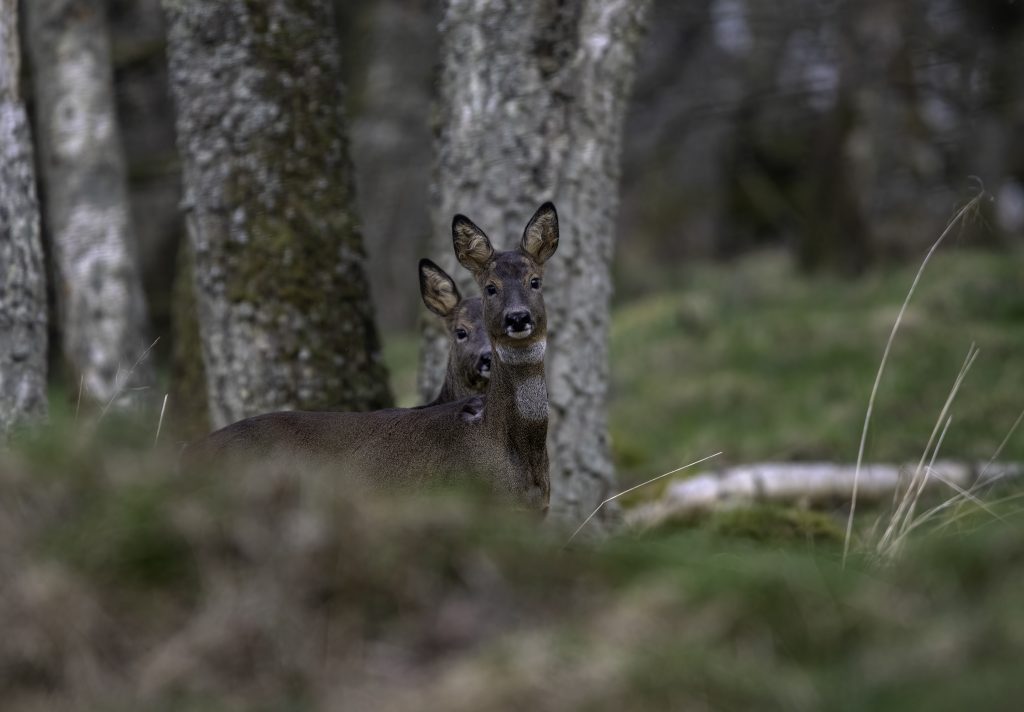 I was so happy to get any of these shots, seconds after them, they were gone, white fluffy tails bouncing into the distance. 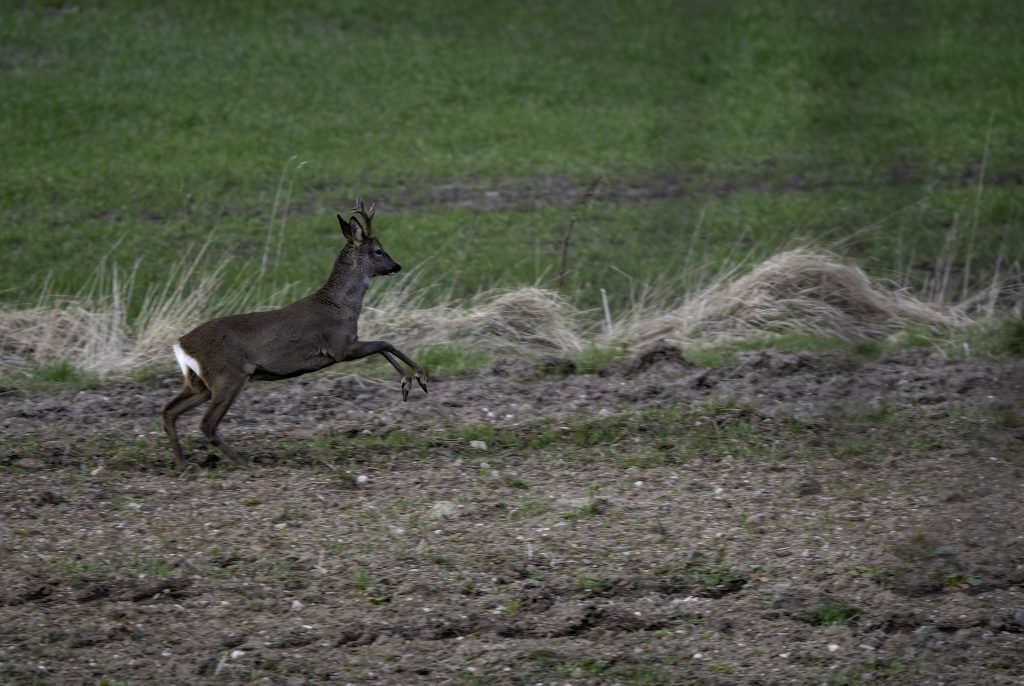 So that’s our the deer story so far, hoping that maybe there will be youngsters later on, I’ll keep you posted 🙂