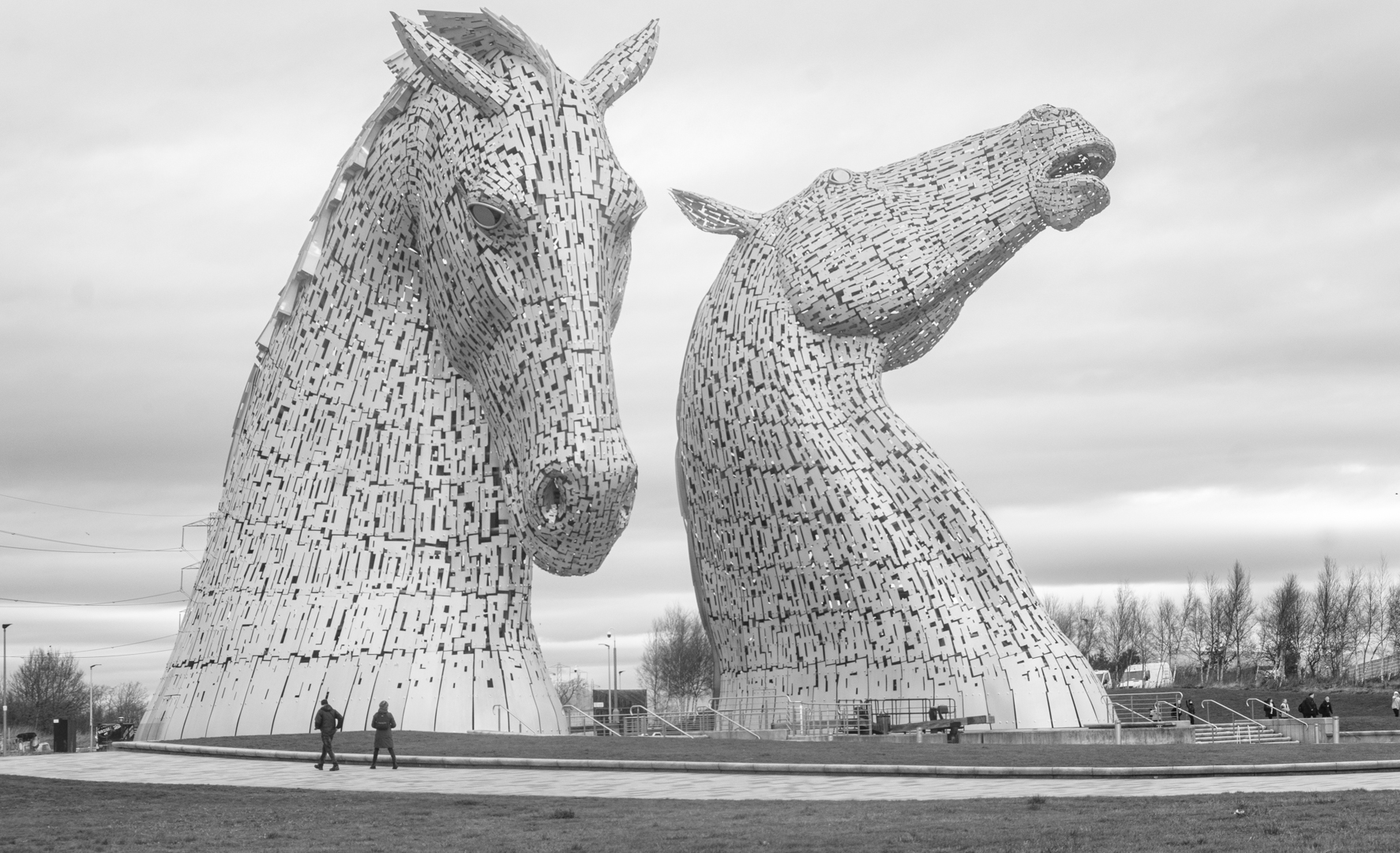 So happy to put up my first post on our new blog! Such a lot of work and it is much appreciated. 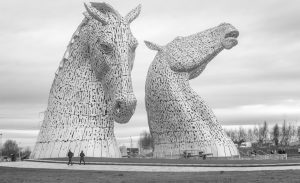 I am just back from three weeks in Scotland in the Hebrides and Moray coast together with a few days in Edinburgh. My first post is a bit of an oddity (quick and easy edit) – the Kelpies are enormous horse sculptures located not far from Edinburgh. Description from Wikipedia:

A kelpie, or water kelpie, is a shape-shifting spirit inhabiting lochs in Scottish folklore. It is usually described as a black horse-like creature, able to adopt human form. Some accounts state that the kelpie retains its hooves when appearing as a human, leading to its association with the Christian idea of Satan as alluded to by Robert Burns in his 1786 poem “Address to the Devil”.

Almost every sizeable body of water in Scotland has an associated kelpie story, but the most extensively reported is that of Loch Ness. The kelpie has counterparts across the world, such as the Germanic nixie, the wihwin of South America and the Australian bunyip. The origins of narratives about the creature are unclear but the practical purpose of keeping children away from dangerous stretches of water and warning young women to be wary of handsome strangers has been noted in secondary literature. 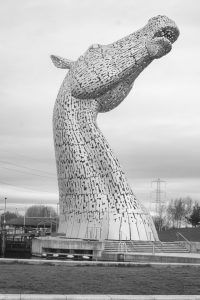 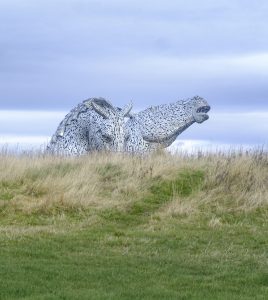