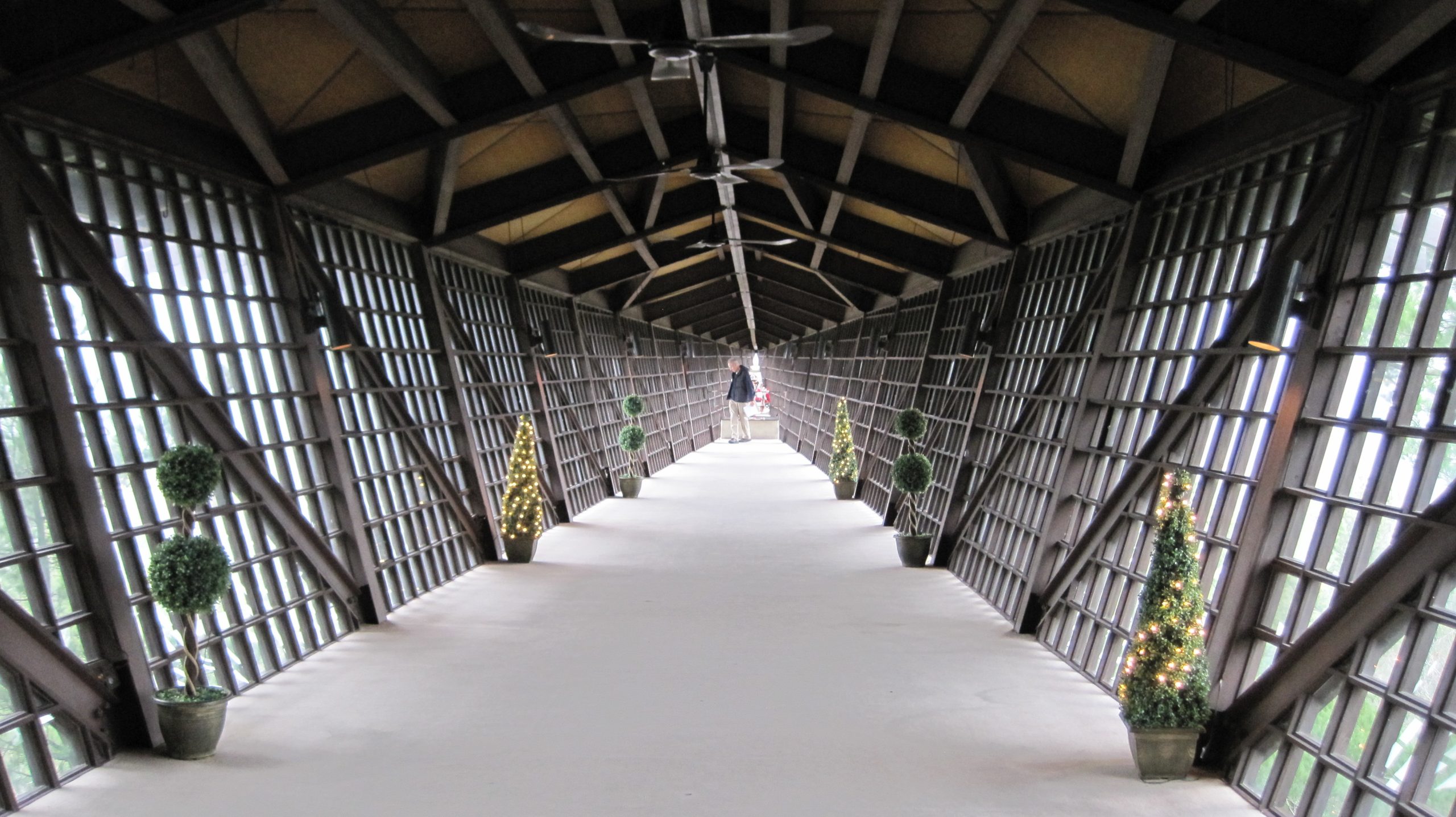 The House on the Rock, Part 1

I’ve posted a number of my pictures from the House on the Rock on Photoblog and Facebook.  It’s a photographer’s dream, and a strange and wonderful place (OK, some people might argue with the “wonderful” part).  It is so strange and wonderful that Neil Gaiman made the Carousel Room a meeting place for the gods in his novel American Gods. The House sits on a hill near Frank Lloyd Wright’s beautiful home Taliesen in Spring Green, WI.

There are a ton of articles and pictures of the House on the Rock on the Web, but here are a few I’ve taken over the years.  These were shots of things that I found interesting, and I tend to like weird things.  There is lots more good stuff at the House that is not so weird.

The photographic quality is not great – these were taken with snapshot cameras, often in difficult light. 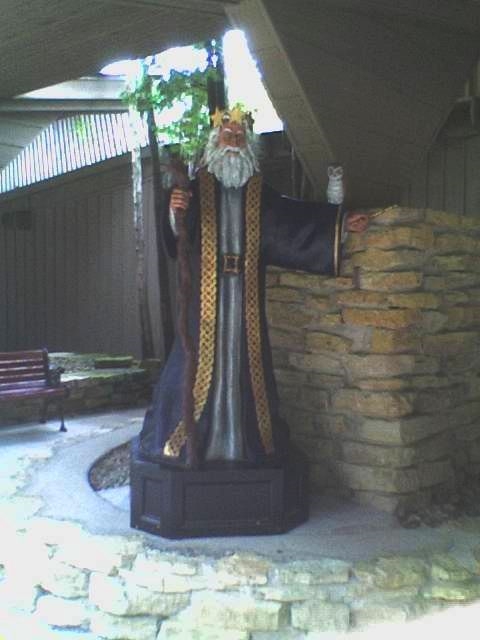 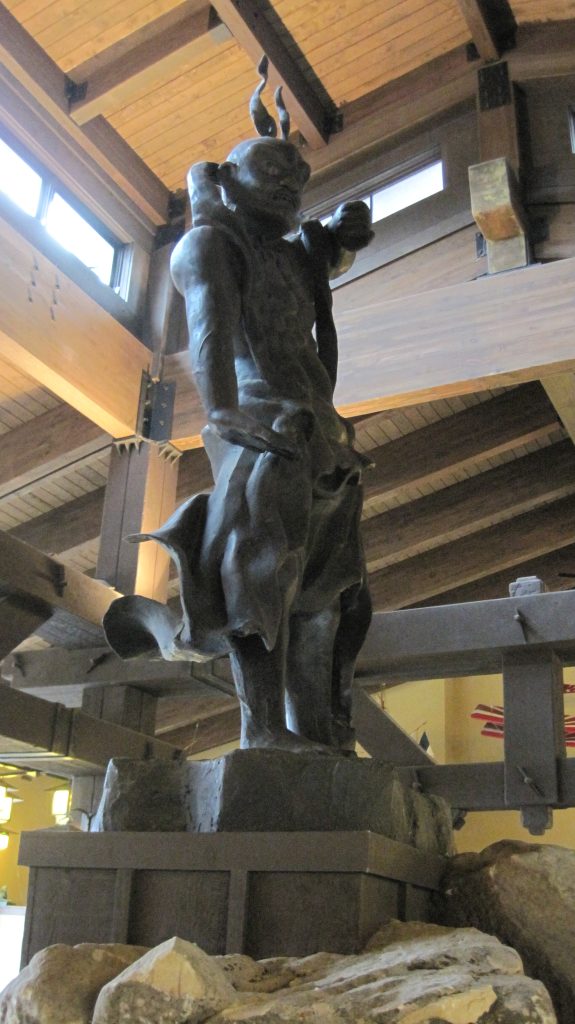 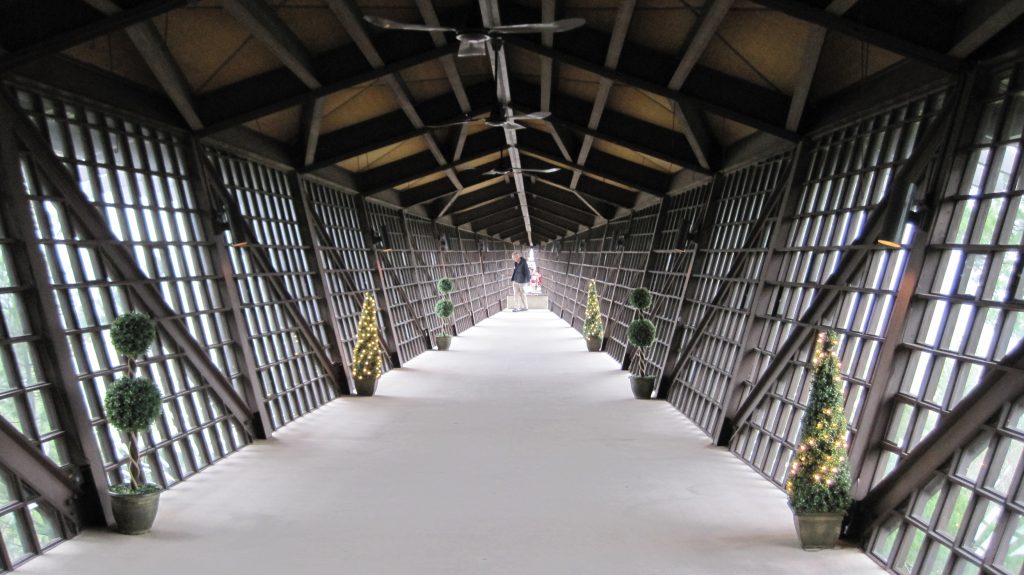 One entire 4-story space is dedicated to a battle between a whale and a giant squid: 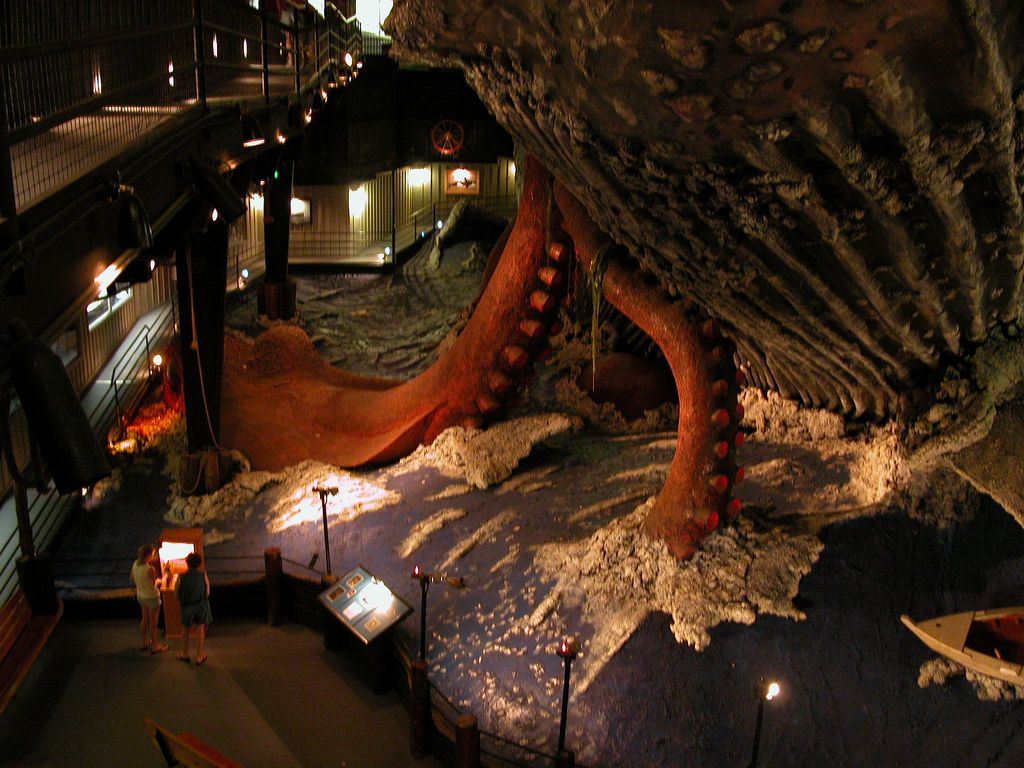 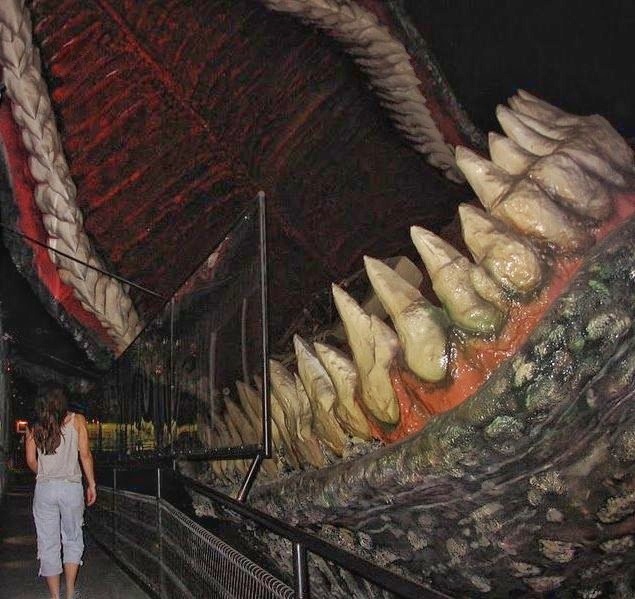 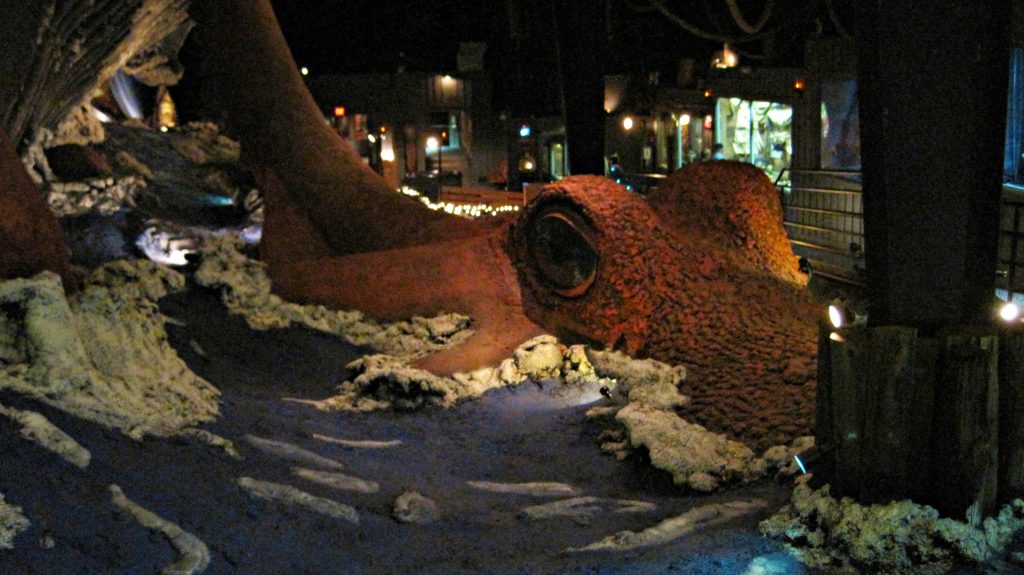 Then there is the big ol’ carousel.  They claim it’s the largest carousel anywhere, with 20,000 lights and 269 animals. 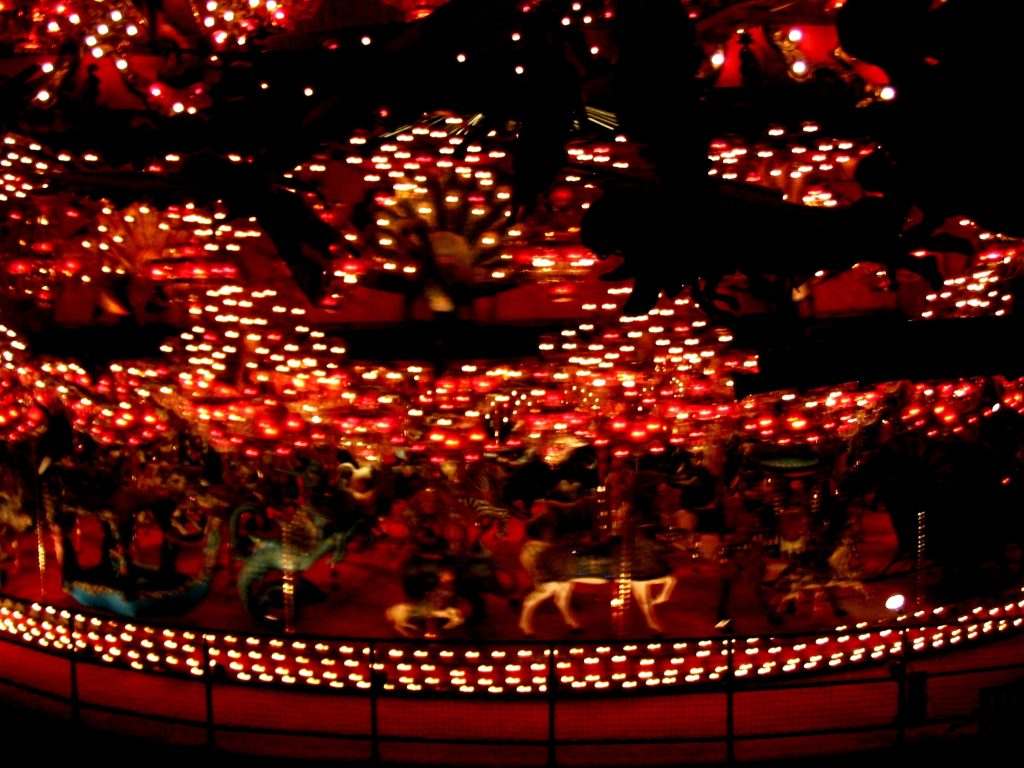 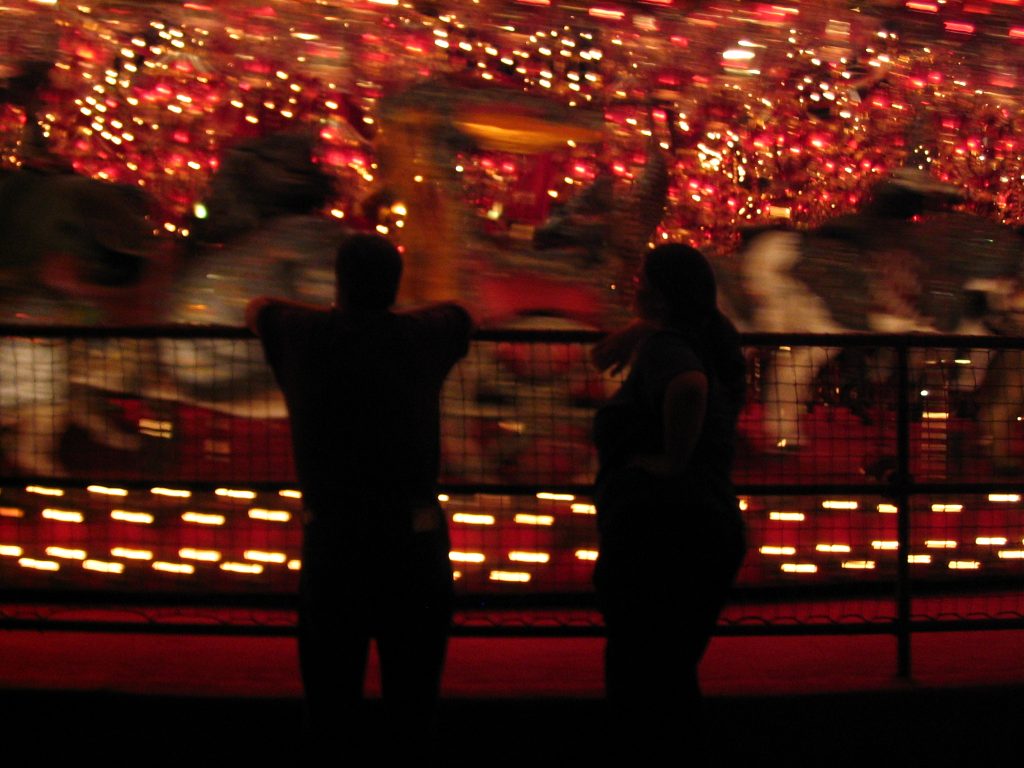 The carousel has no horses, but it does have a large number of less-than-fully-clothed female mannequins. (Actually, I suppose even one nude mannequin is a lot for a carousel.)  I felt it was important to take pictures of several of these mannequins to provide an accurate sense of the place.  🙂  Here is a small sample. 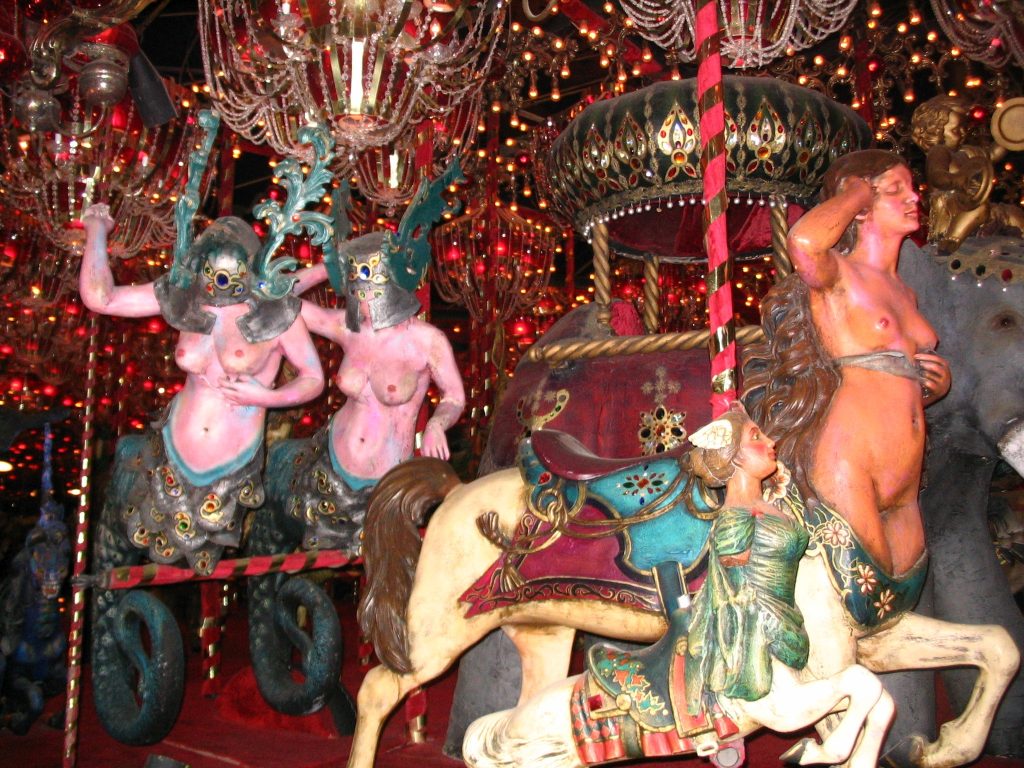 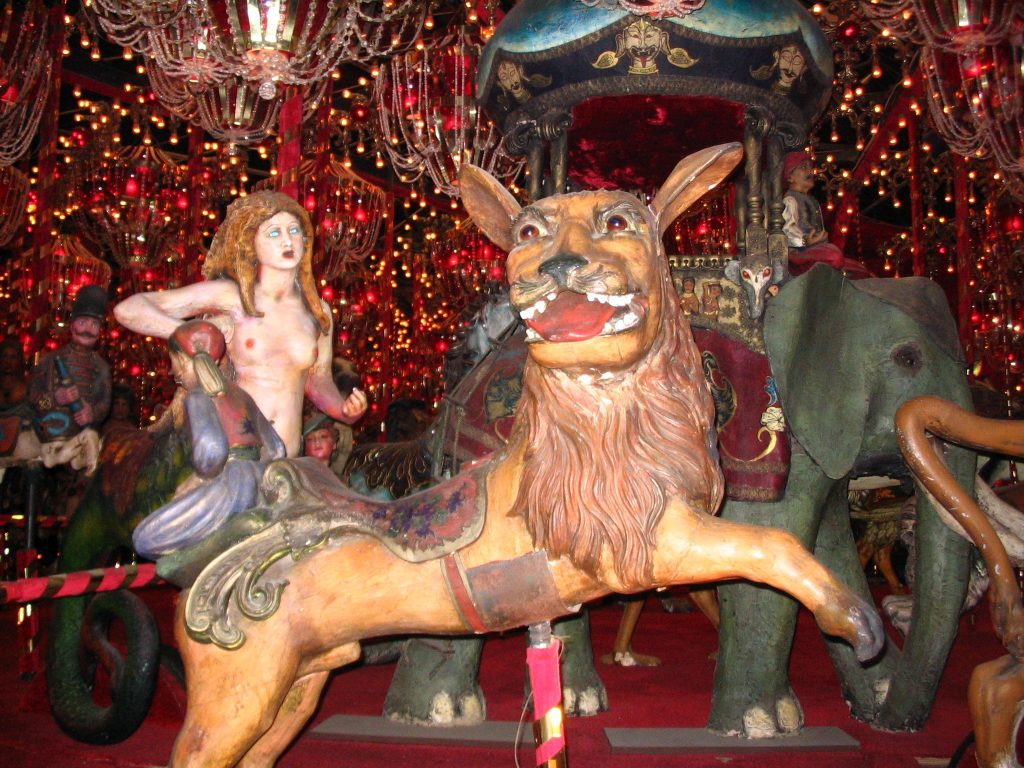 And if you look up, there are even more female mannequins! 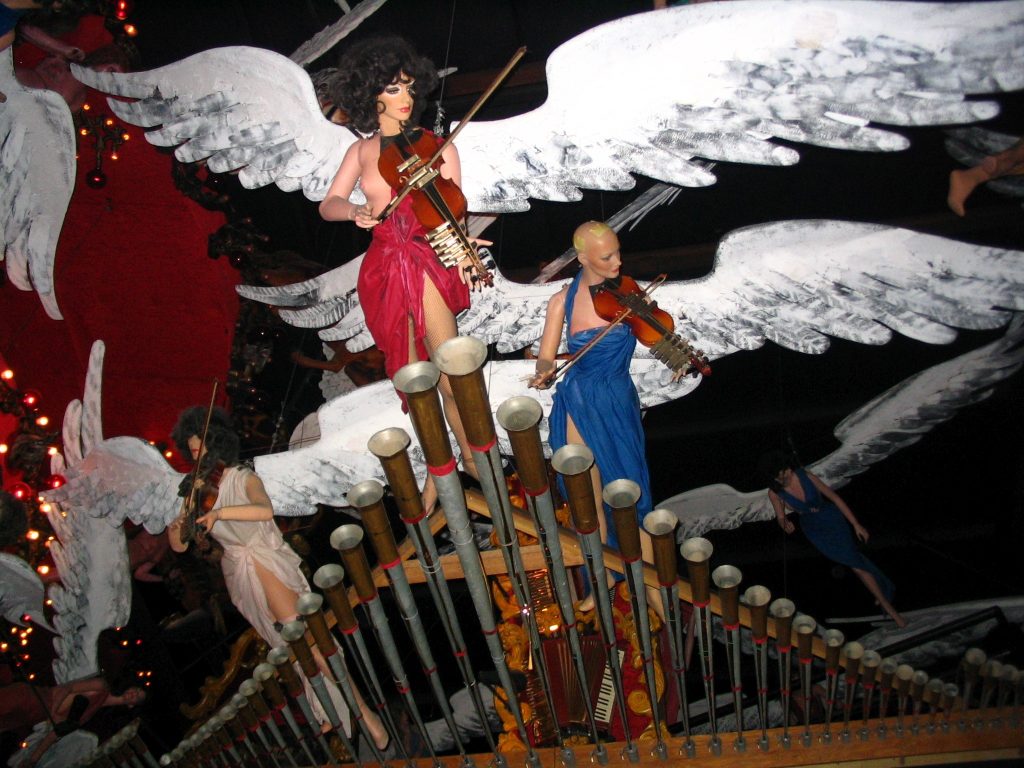 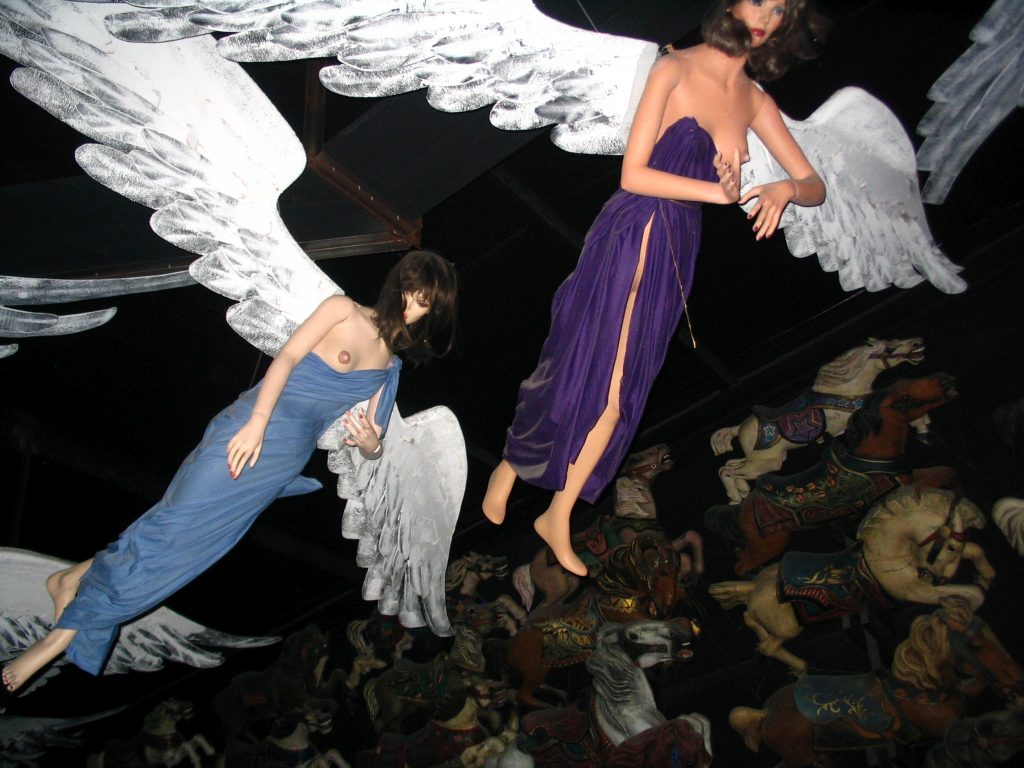 Oddly, there were no nude male mannequins.  Go figure.