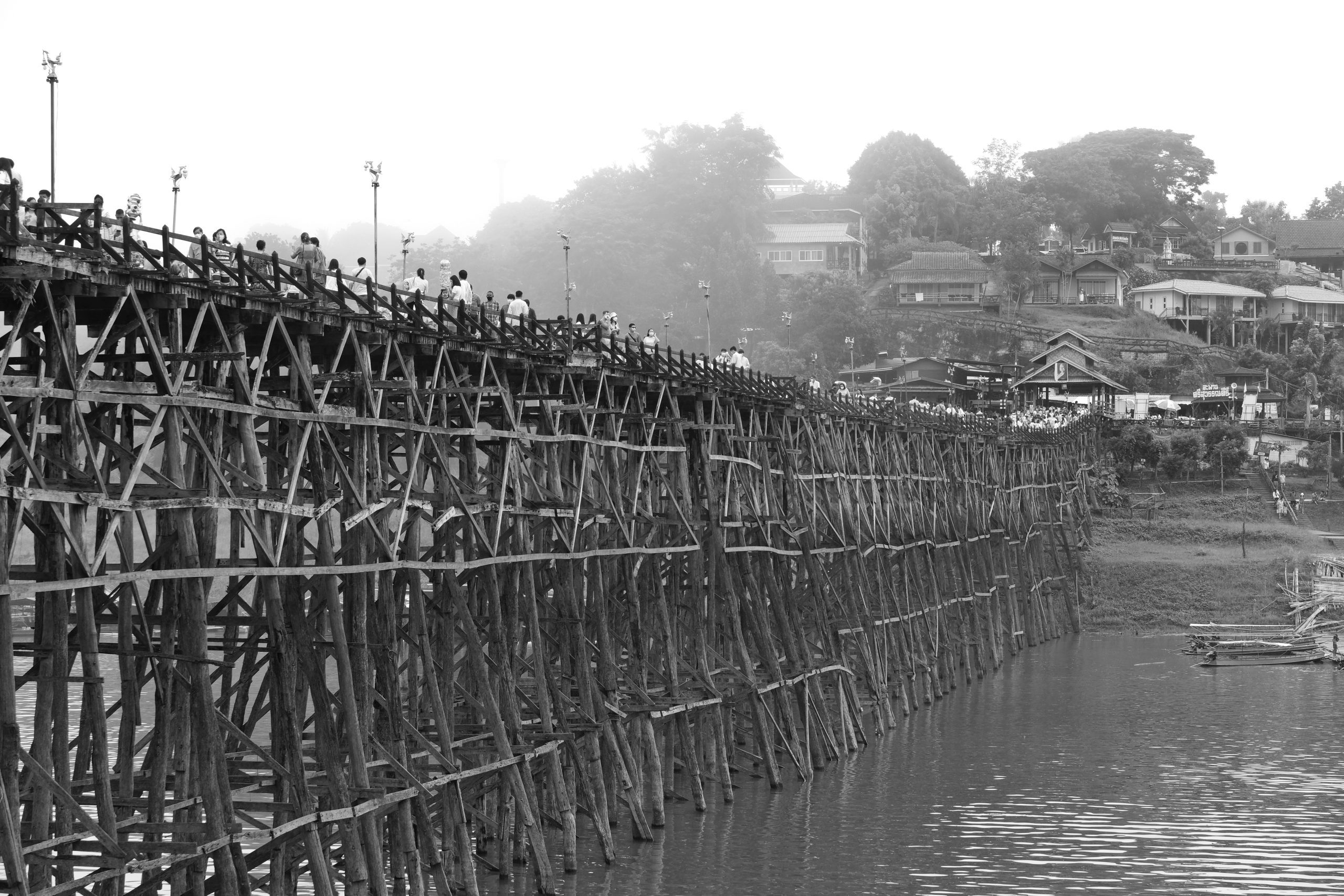 In a previous post ‘ Childern of the Mon bridge ‘ I mentioned a bit about the bridge. Well the Mon bridge or friendshipbridge and  it has a few other names. Is a wooden pedestrian bridge from 850m long. The biggest in Thailand.

Situated in Sangkhlaburi, province Kanchanaburi. It is not that old as you would think, first started in 1985. It was destroyed in 2013 by heavy rainfall and storms. The people were very quick to make an temporary bridge out of bamboo, you still can see remains of that one, they finished that in one week.

The bridge was fully restored in 2014 and  is the major tourist attraction of the area. 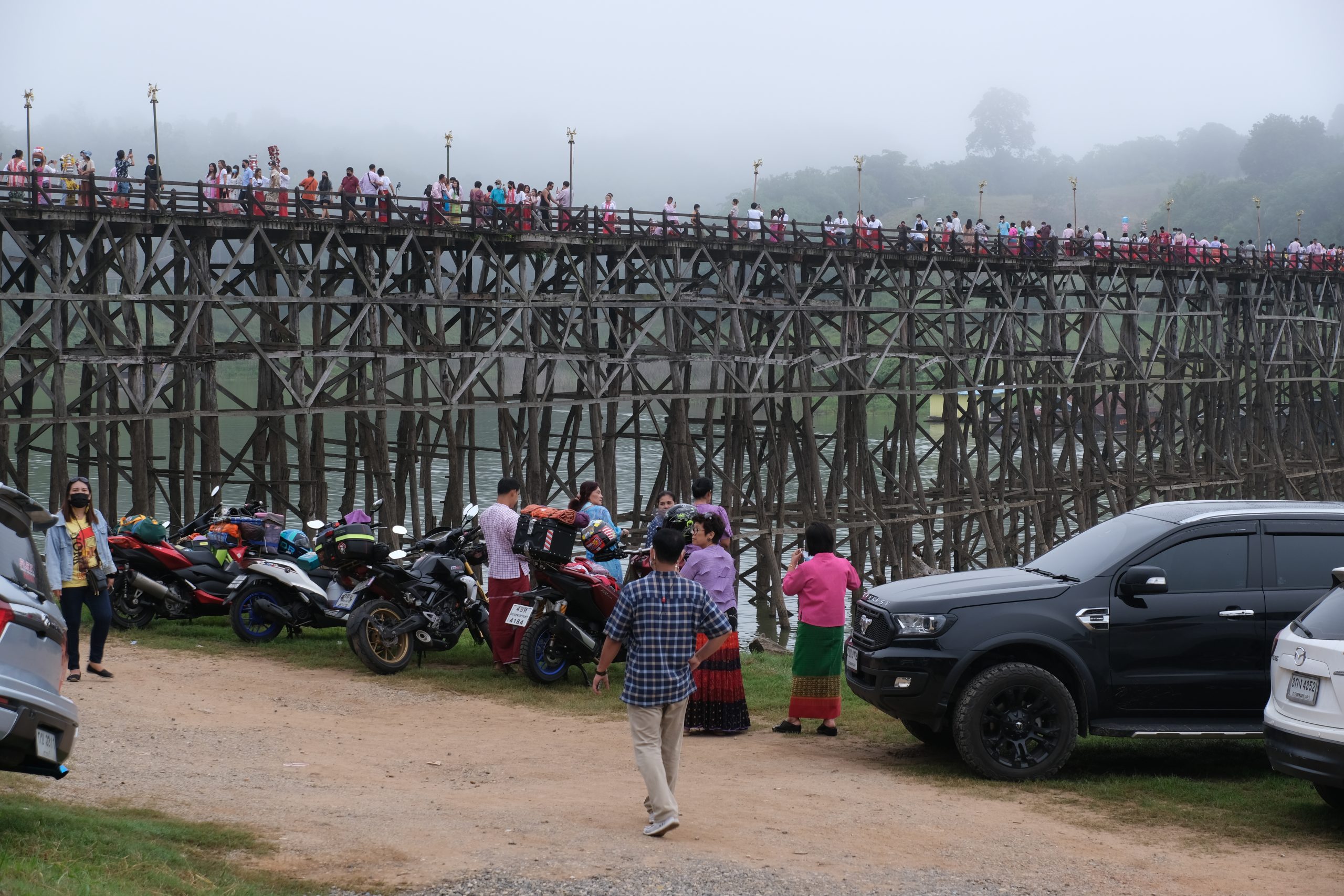 My first close view of the bridge, I was surprised how many people were there. But it was a holiday weekend and many Thai head that way. 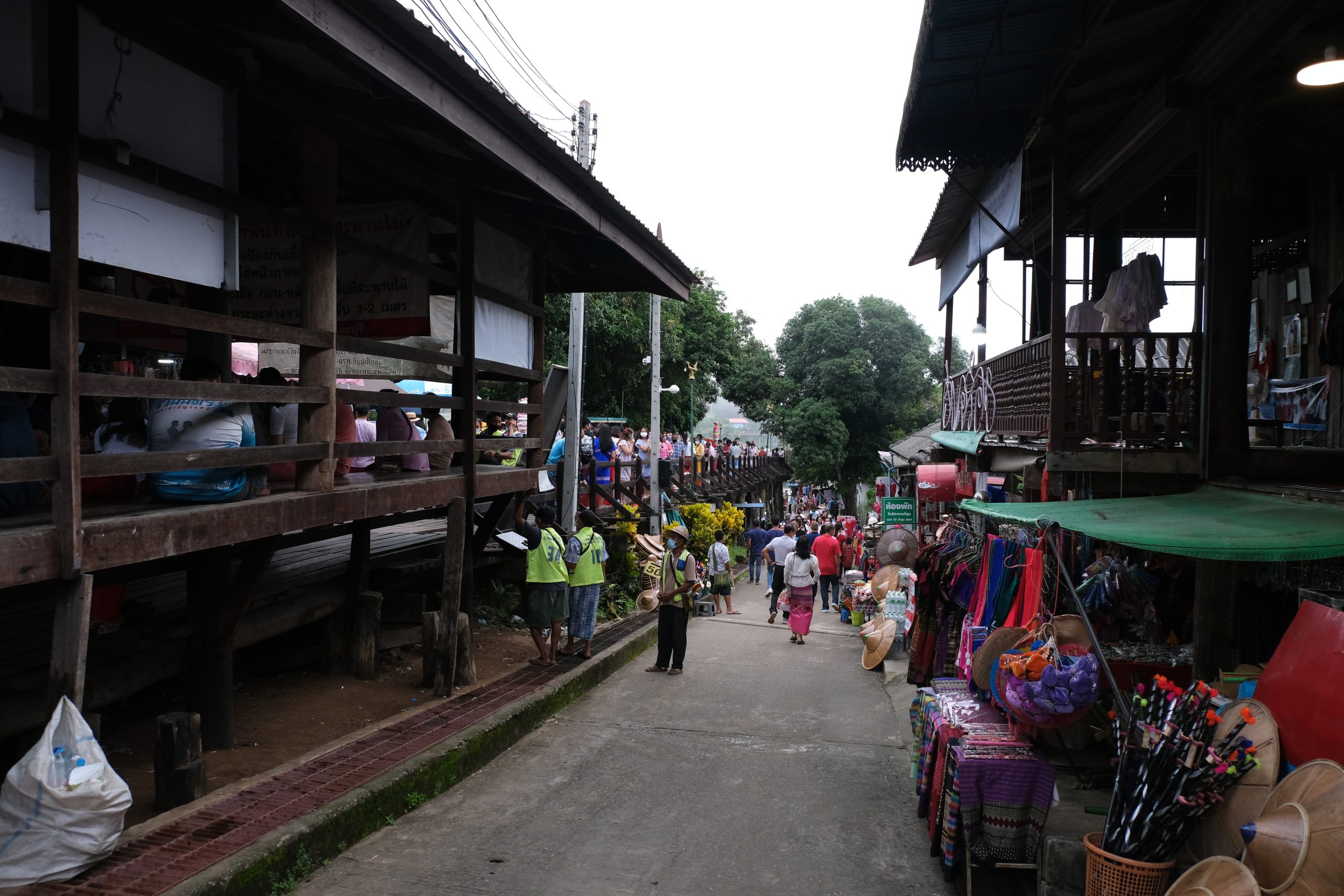 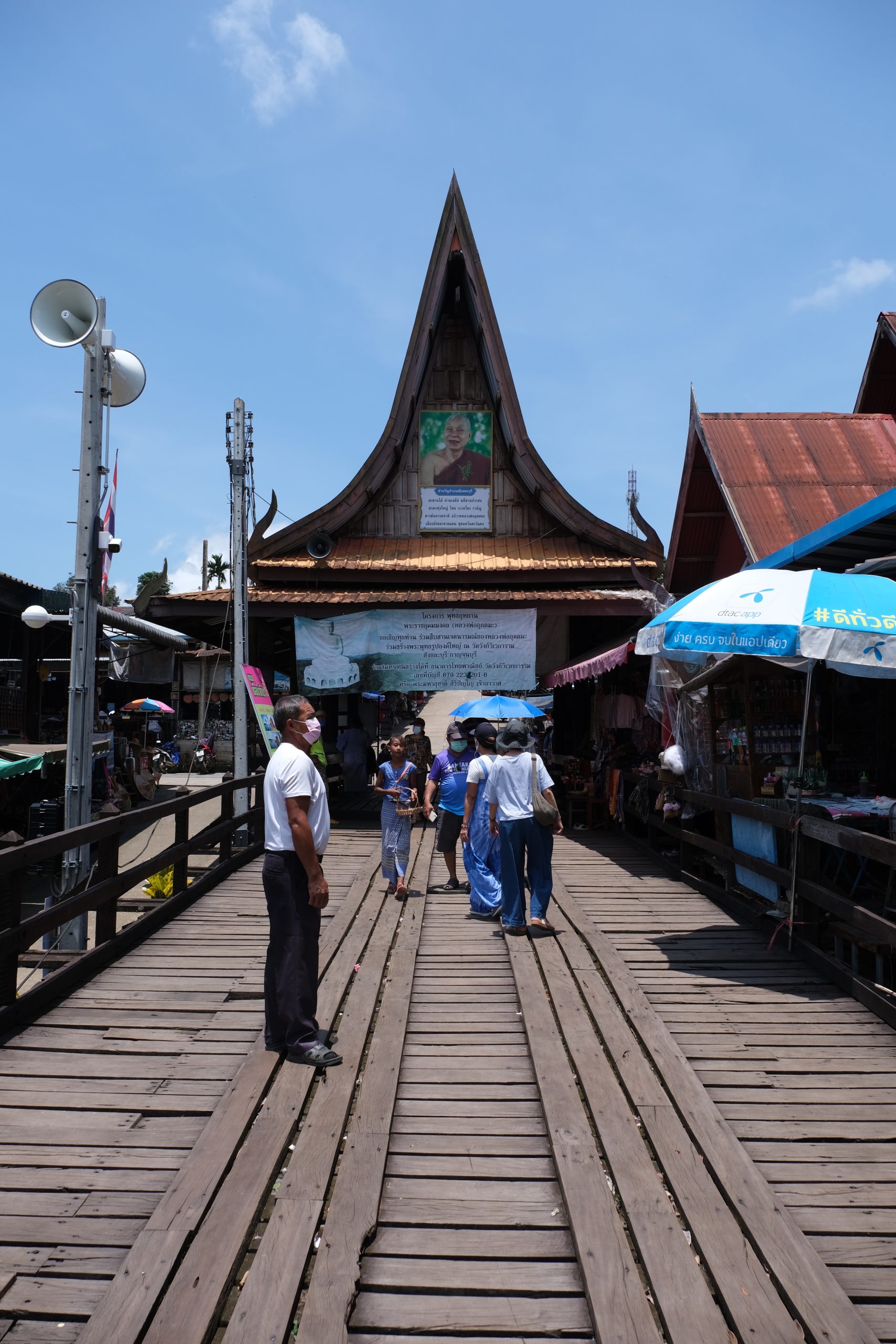 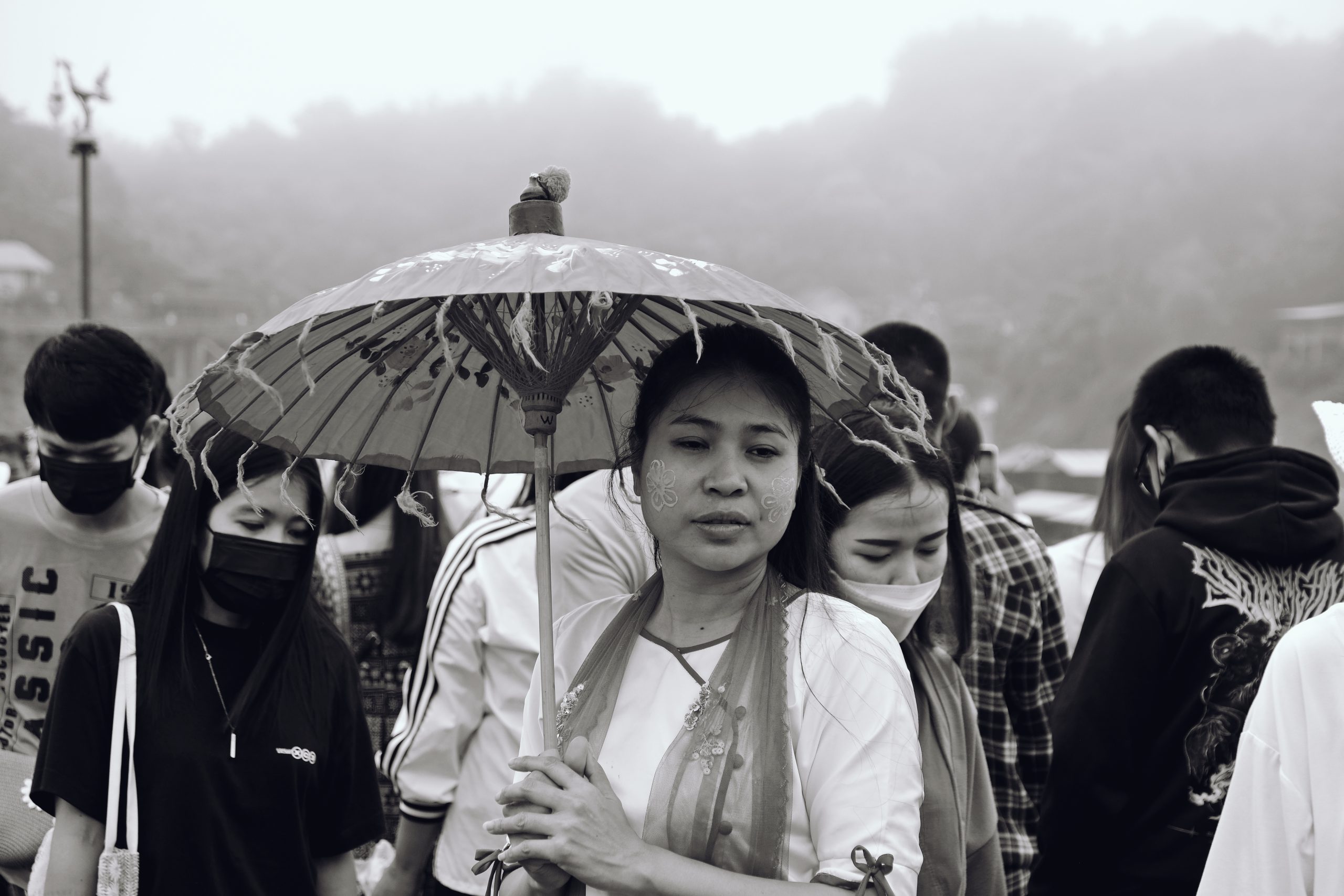 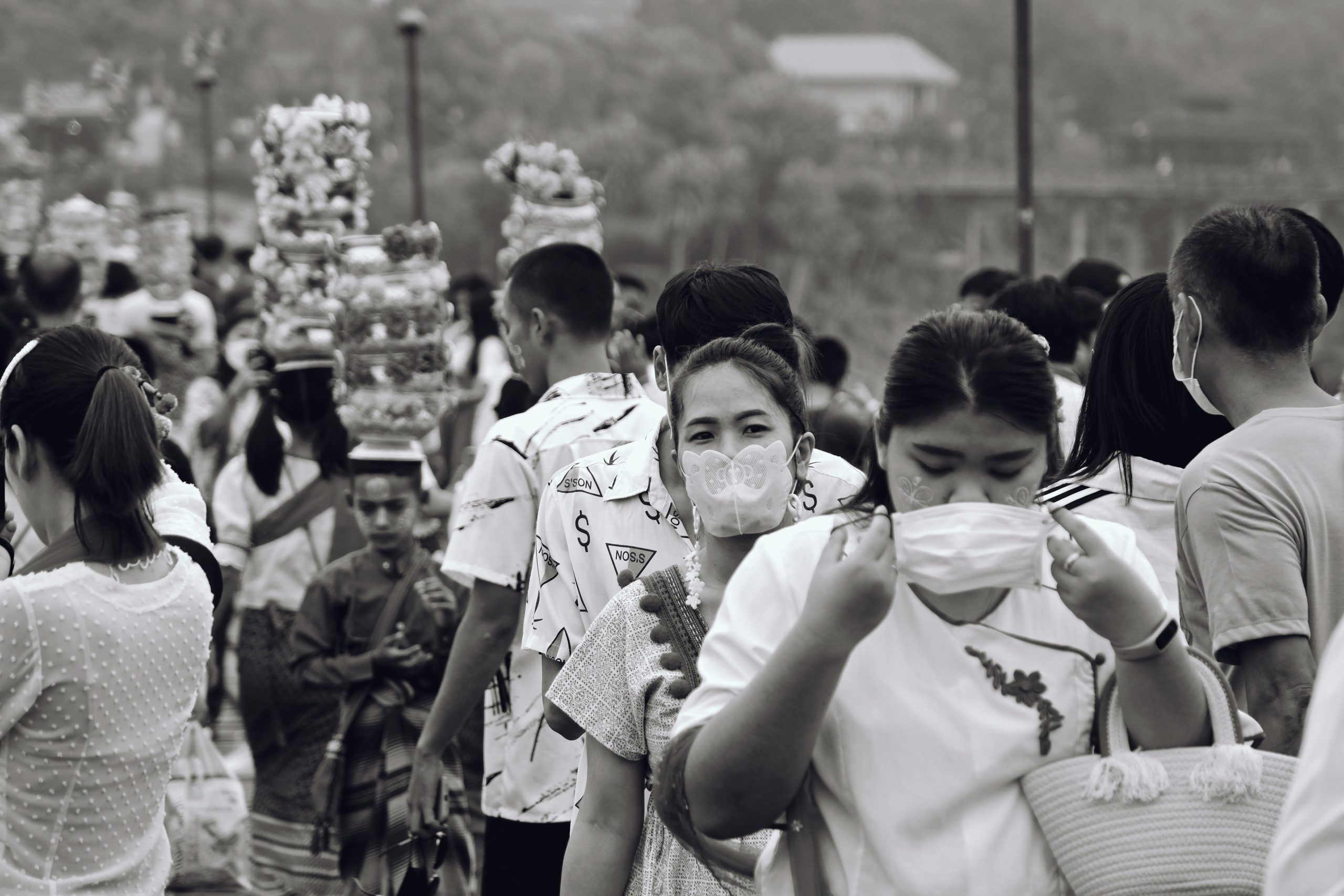 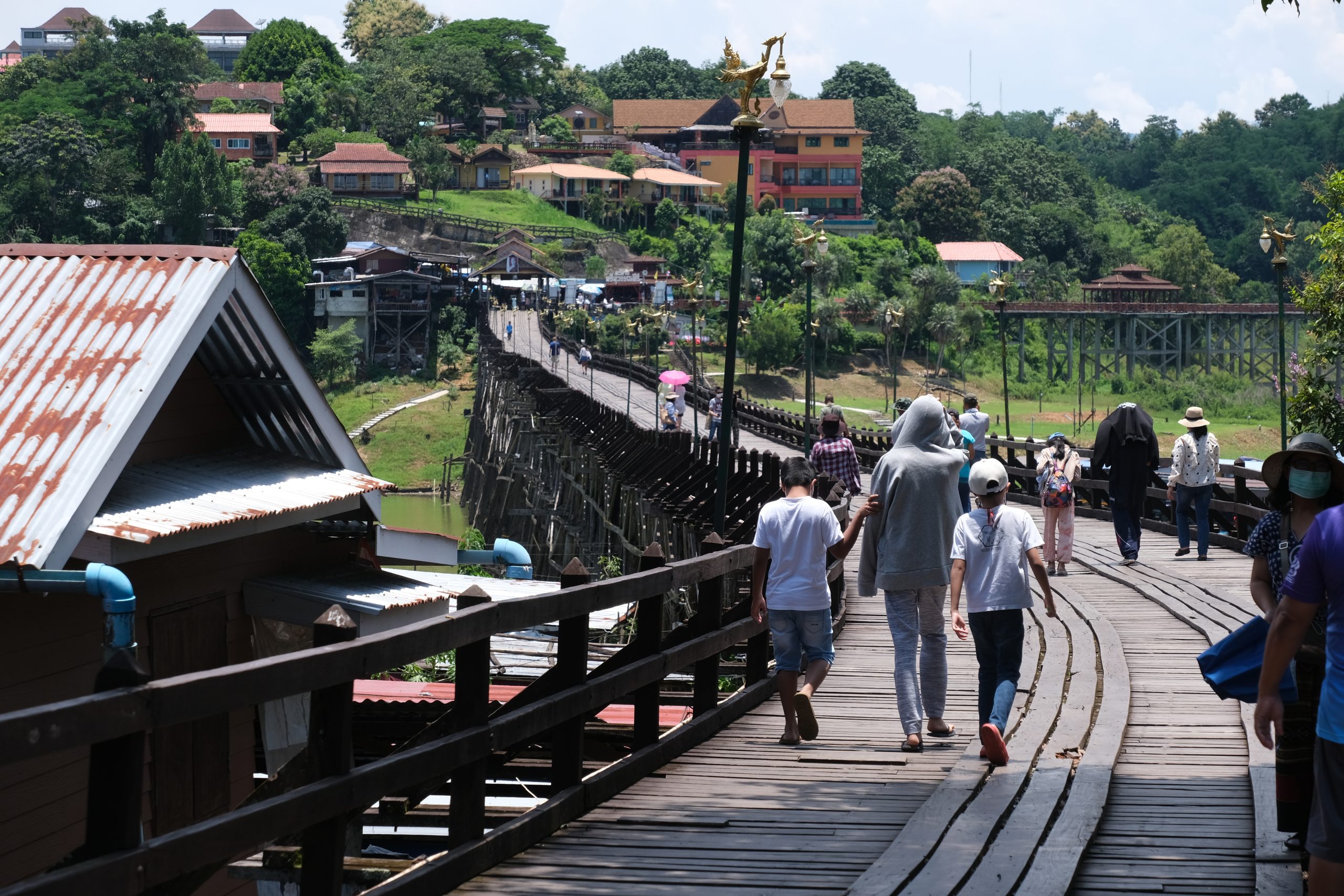 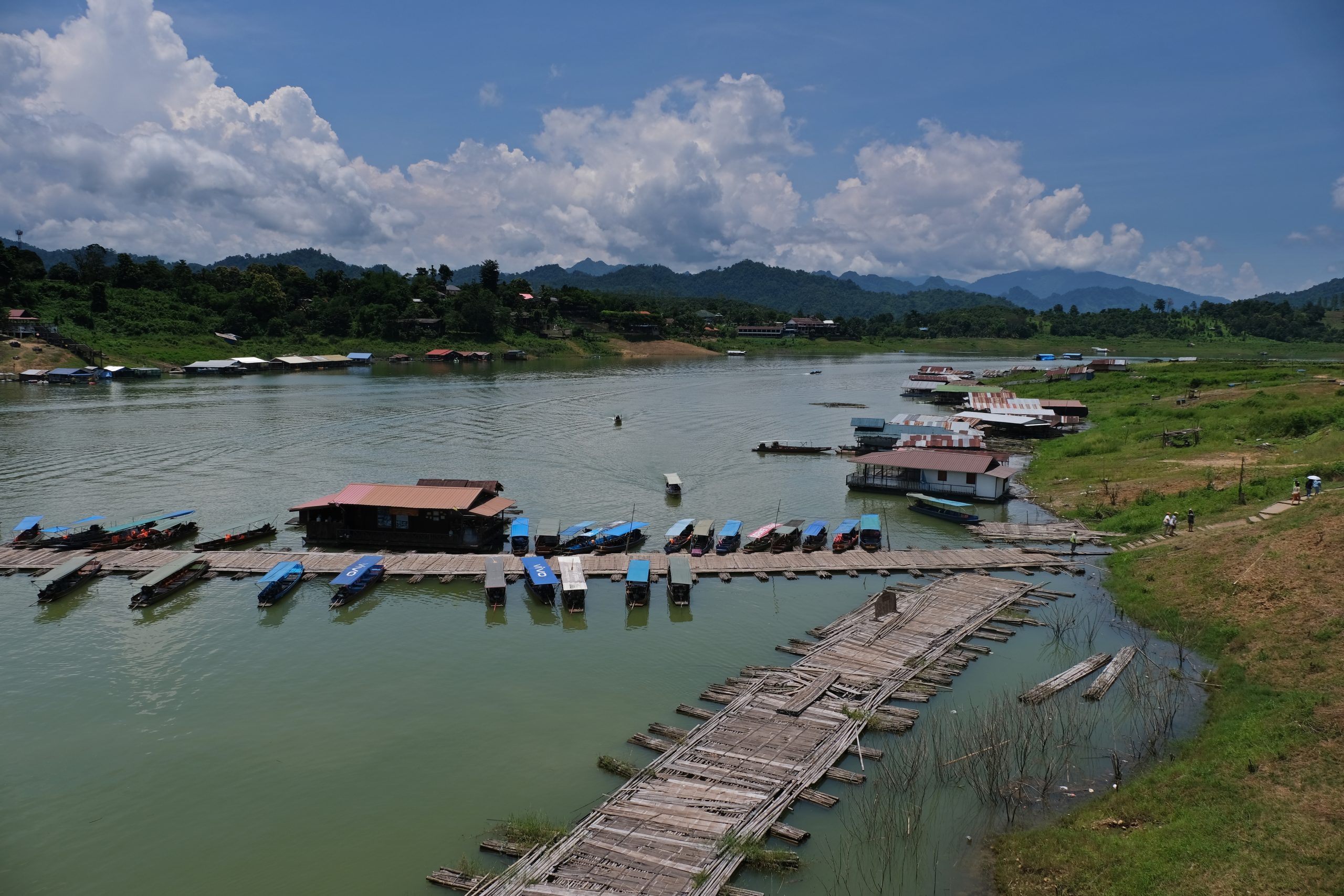 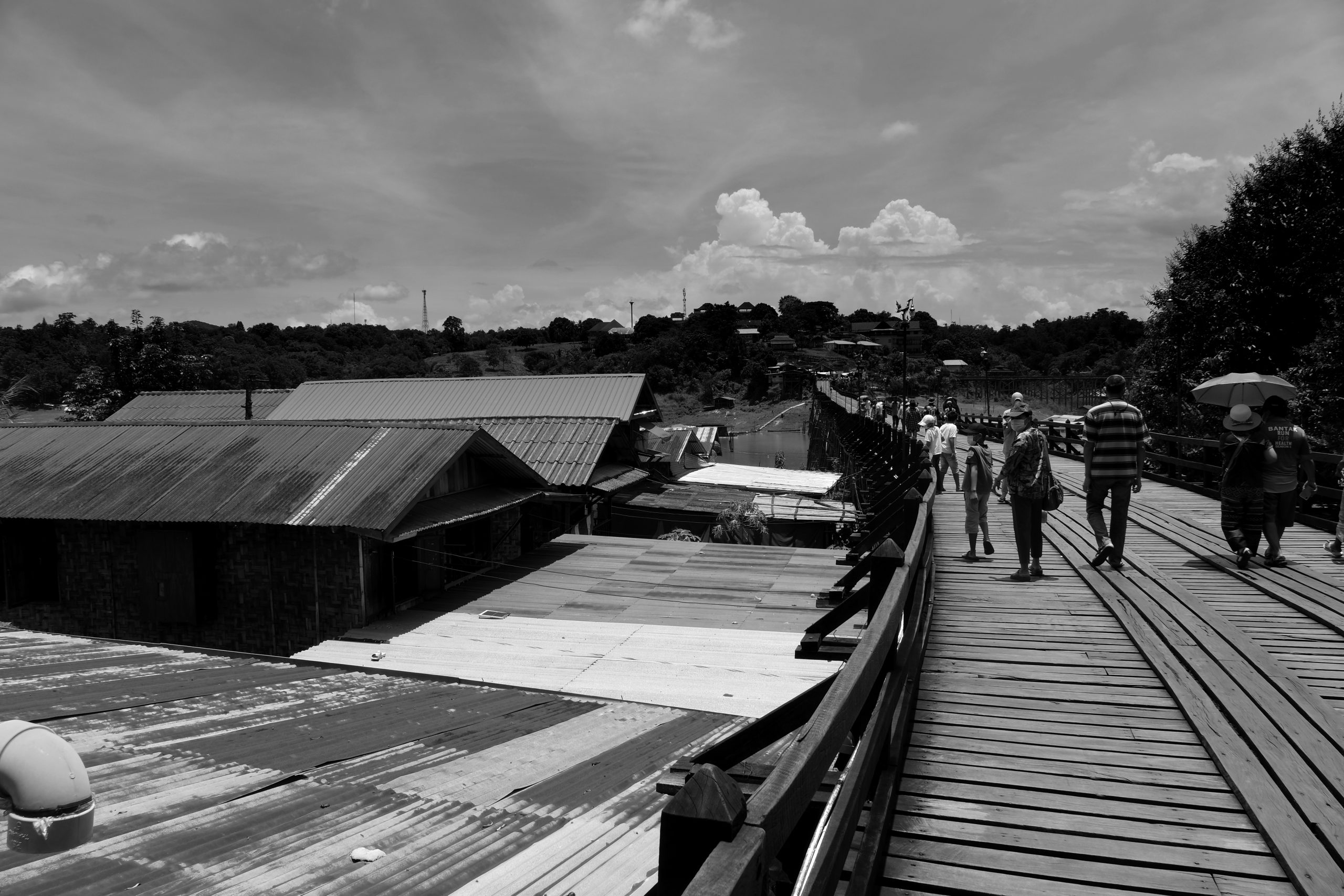 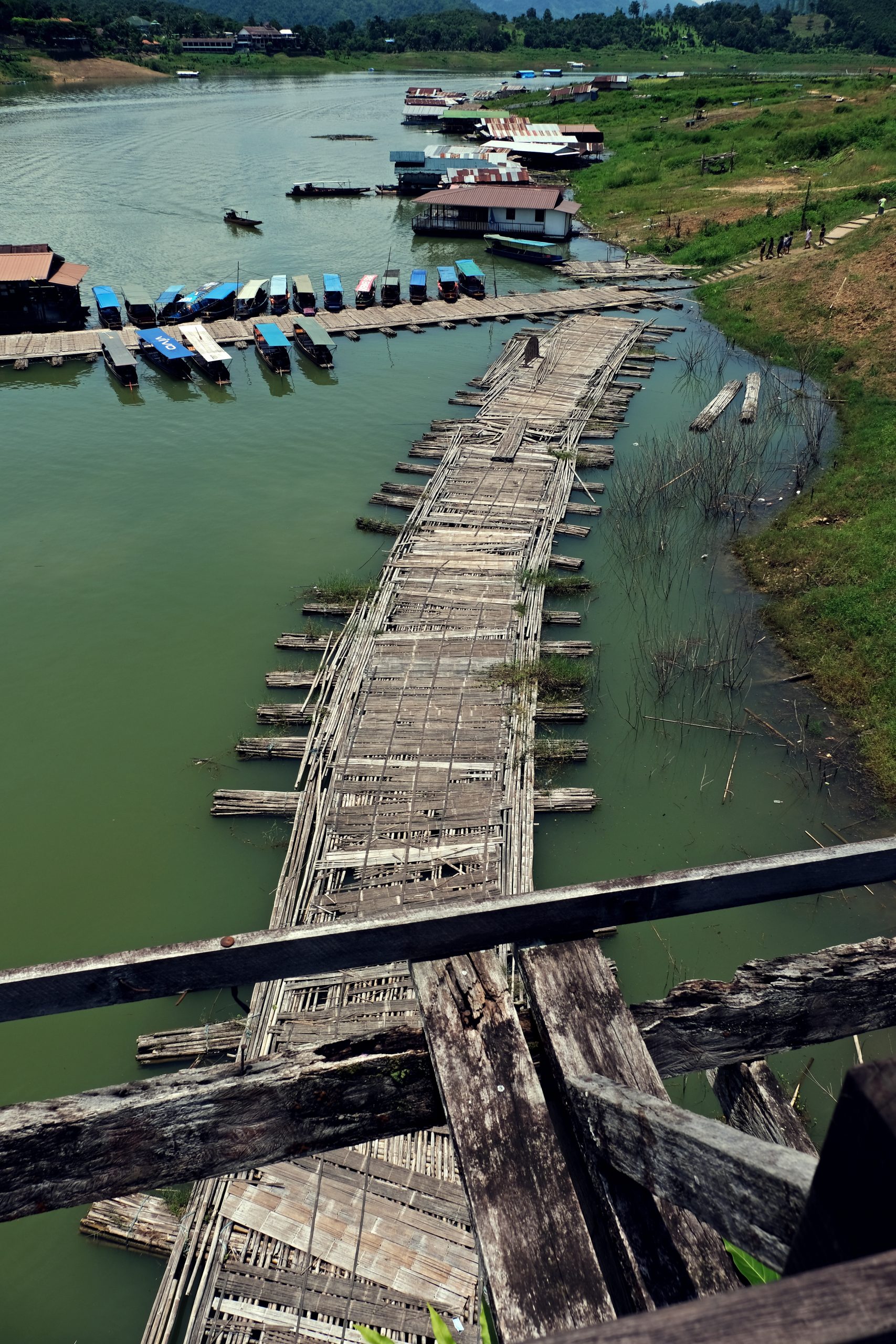 A bit of the remains of the bamboo floating bridge. 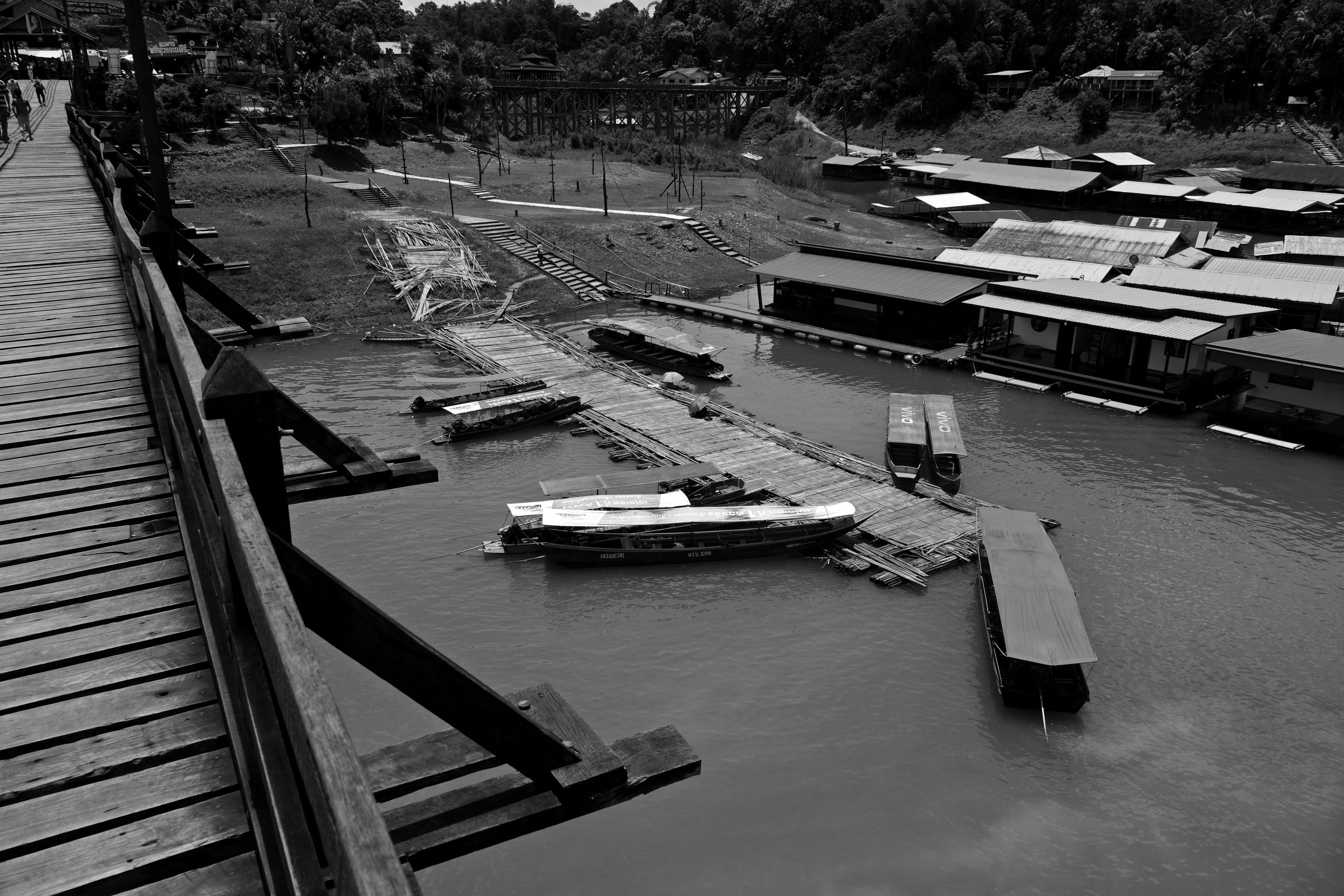 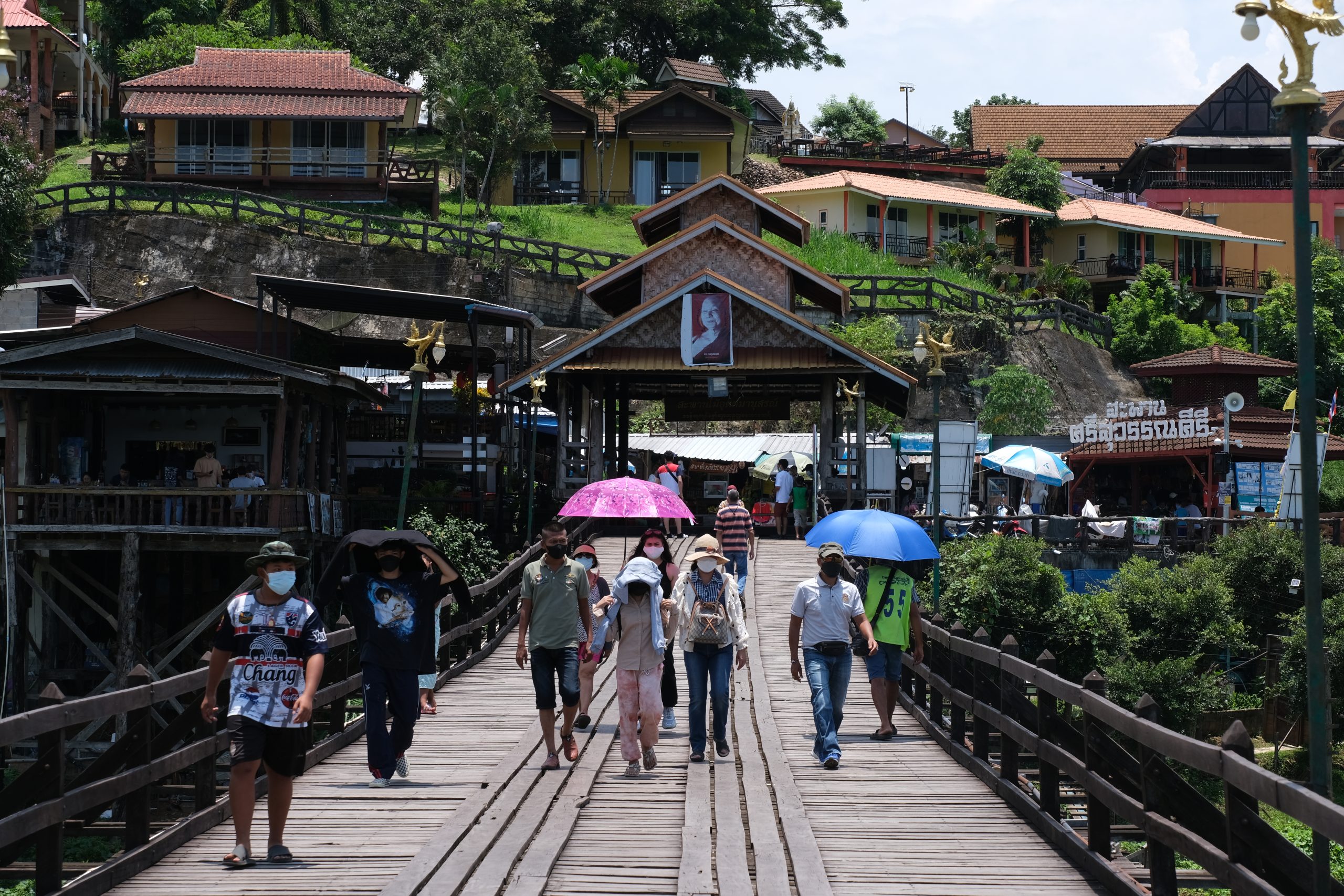 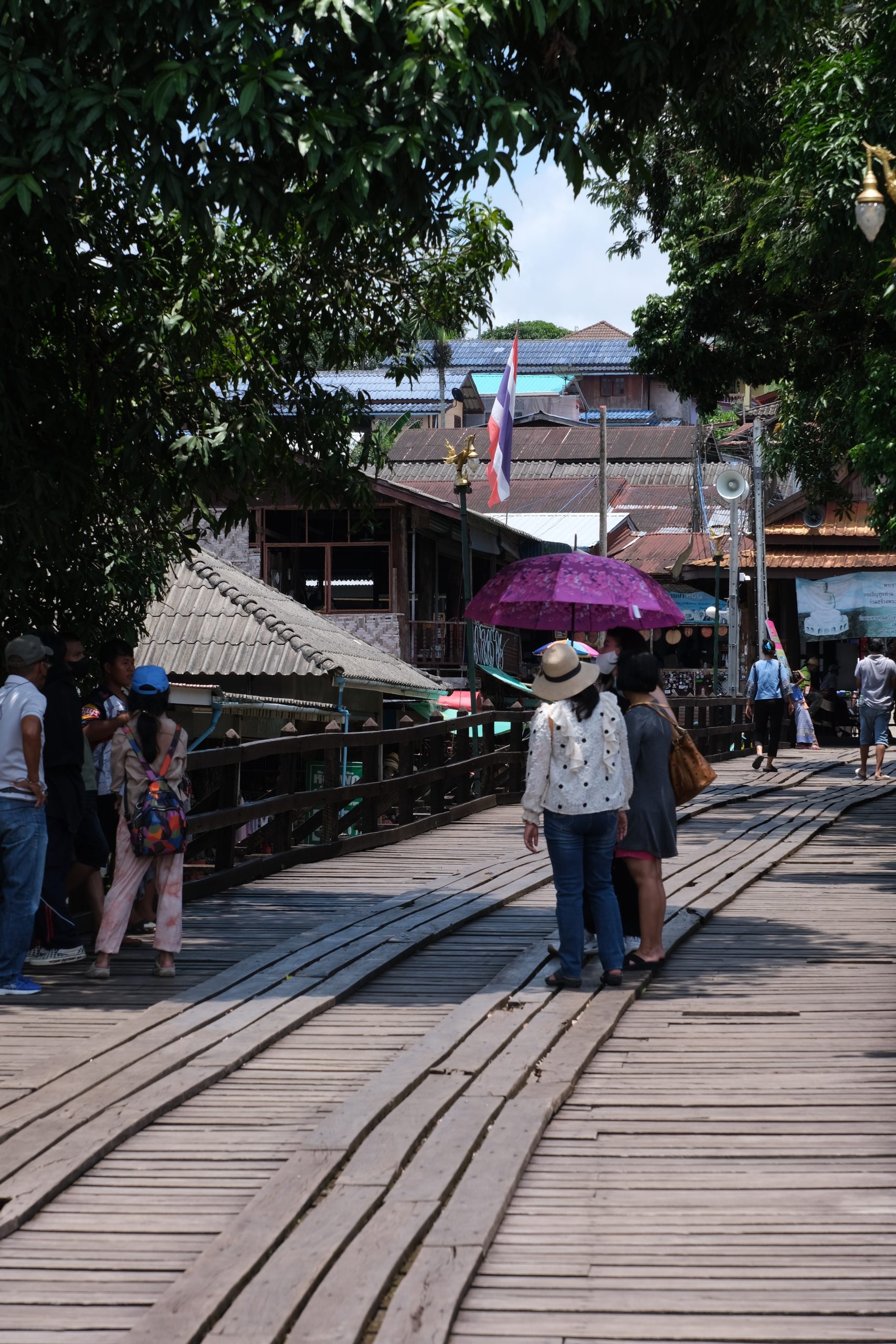 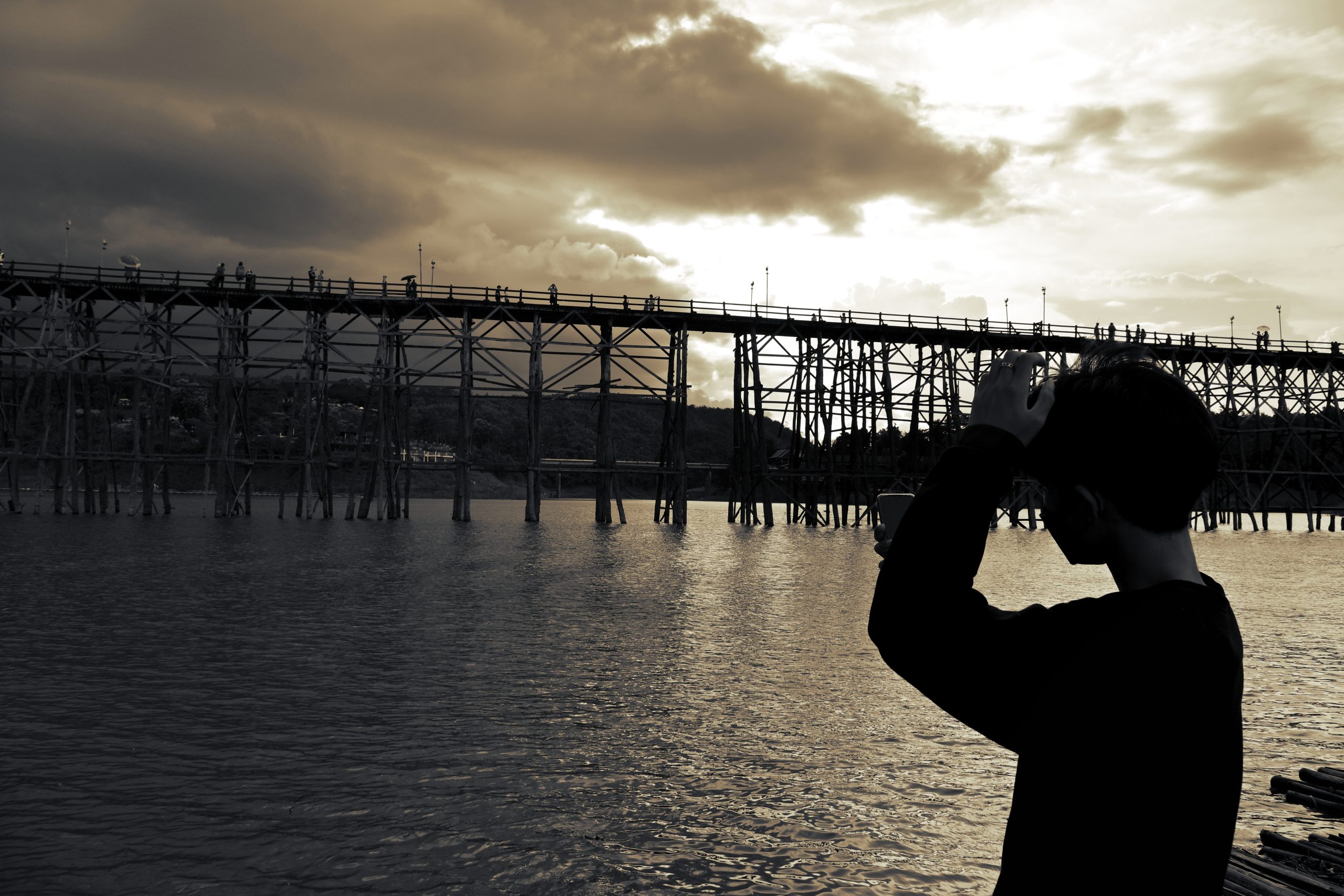 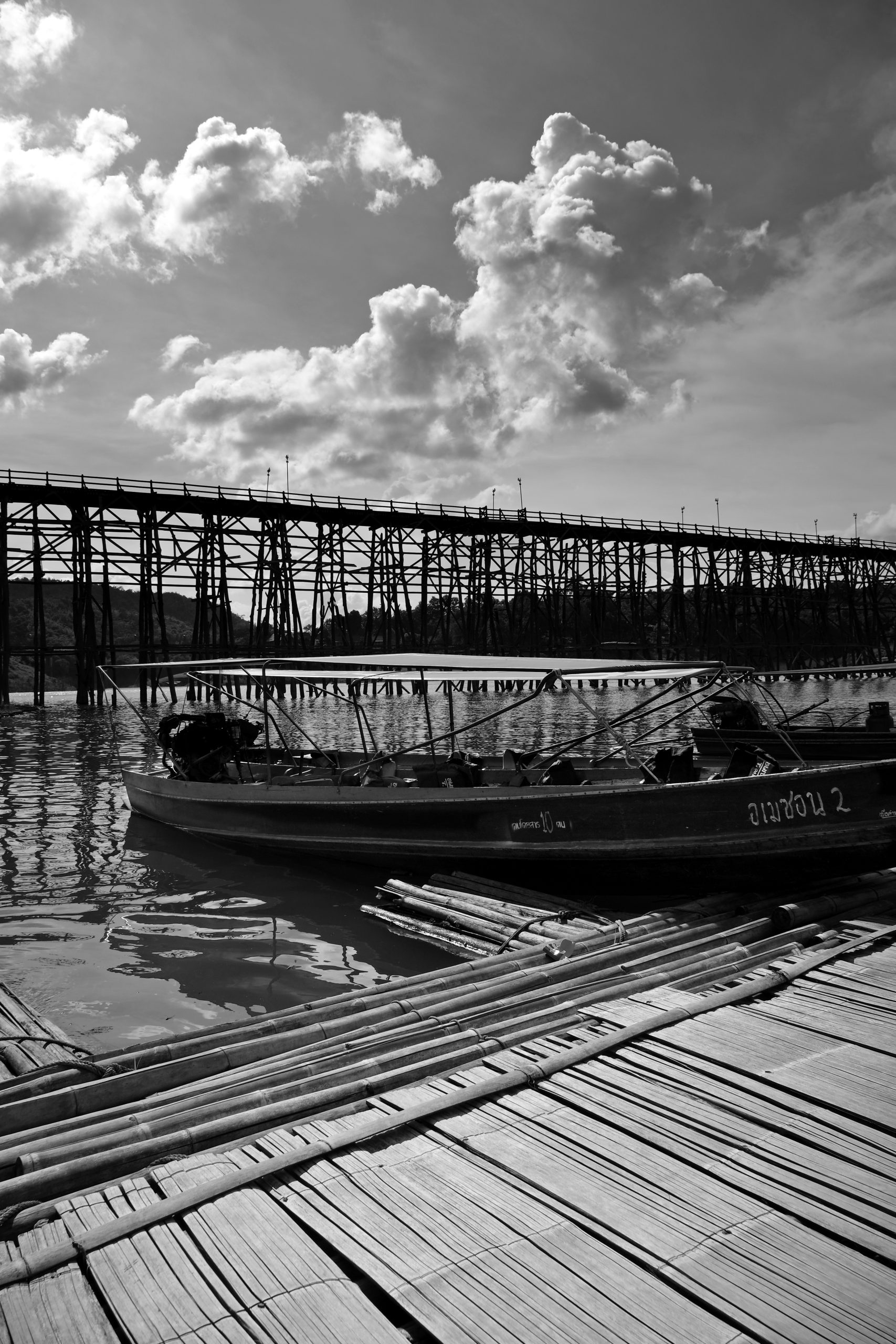 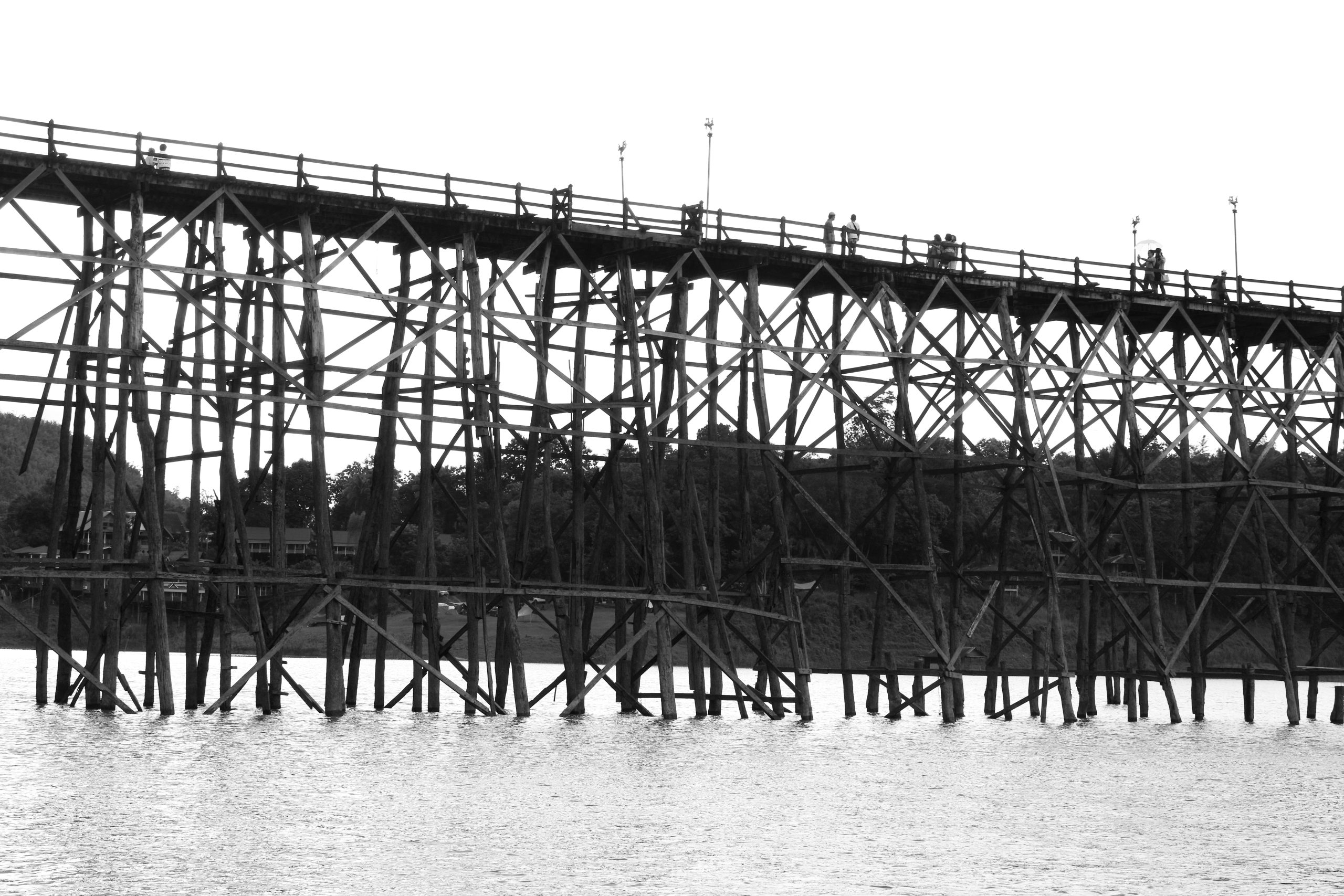 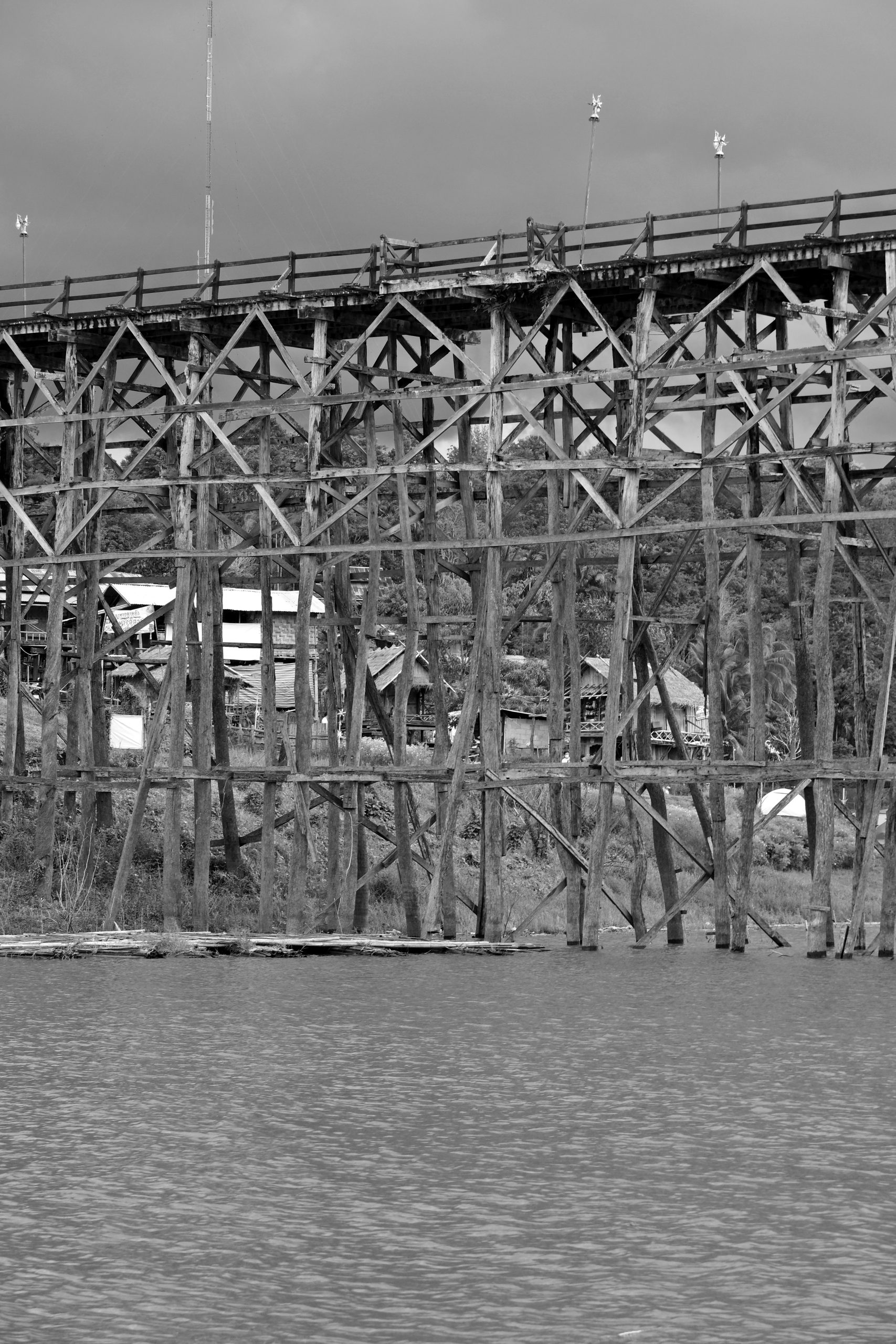 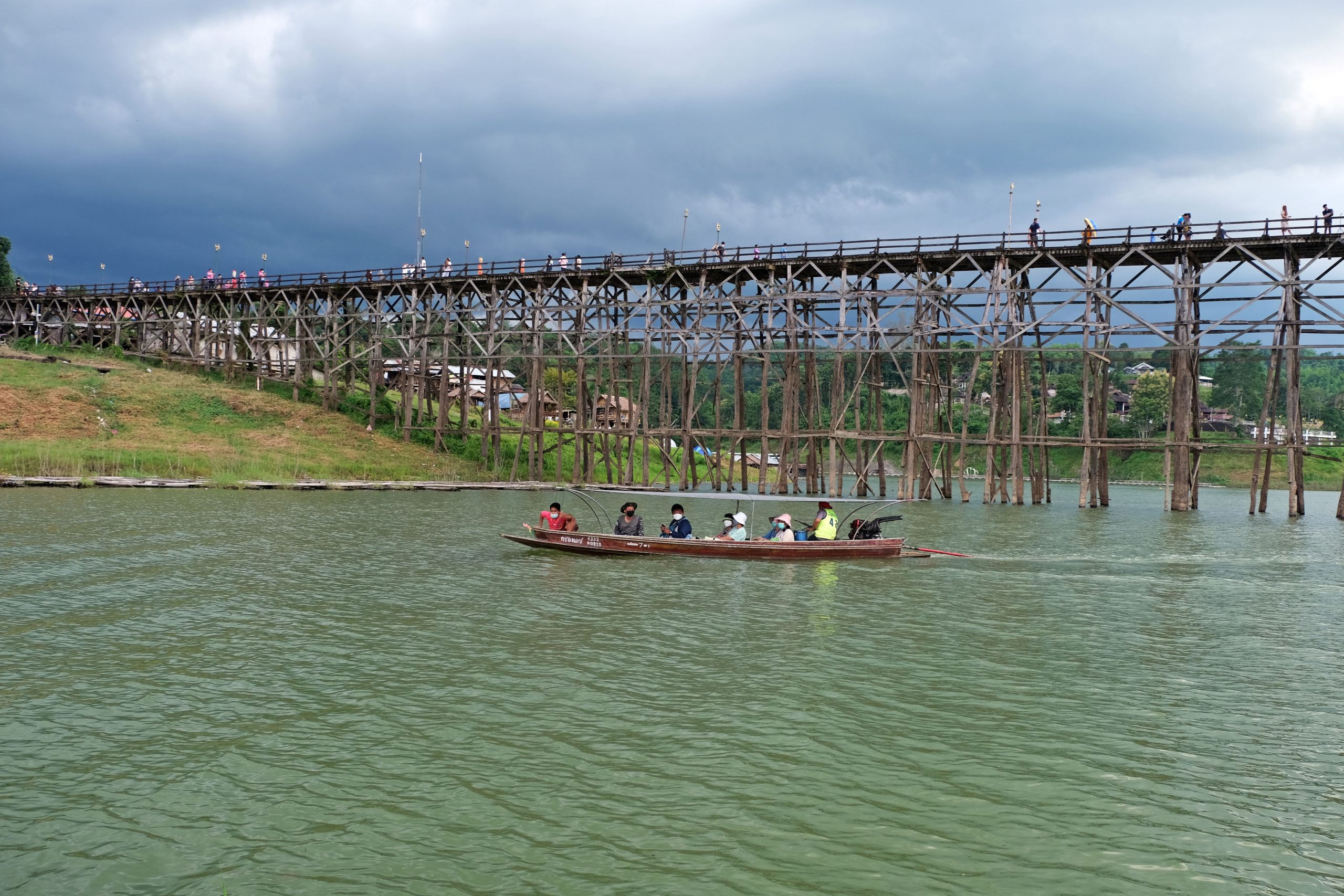