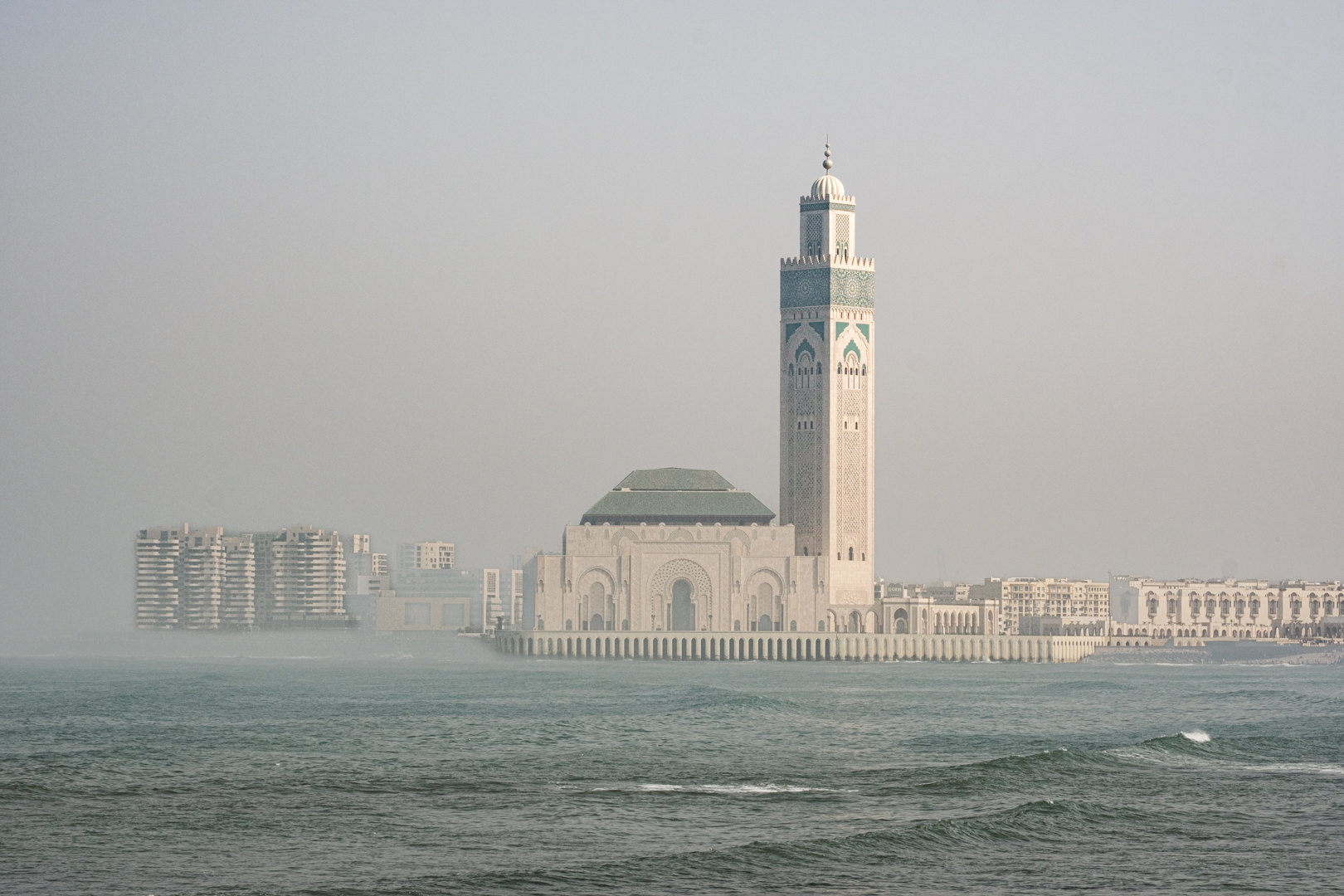 “The Hassan II Mosque (Arabic: مسجد الحسن الثاني, French: Grande Mosquée Hassan II) is a mosque in Casablanca, Morocco. It is the largest functioning mosque in Africa and is the 7th largest in the world.[citation needed] Its minaret is the world’s second tallest minaret at 210 metres (689 ft).[2][3] Completed in 1993, it was designed by Michel Pinseau under the guidance of King Hassan II and built by Moroccan artisans from all over the kingdom. The minaret is 60 stories high topped by a laser, the light from which is directed towards Mecca.[4] The mosque stands on a promontory looking out to the Atlantic Ocean; worshippers can pray over the sea but there is no glass floor looking into the sea. The walls are of hand-crafted marble and the roof is retractable. A maximum of 105,000 worshippers can gather together for prayer: 25,000 inside the mosque hall and another 80,000 on the mosque’s outside ground.[3]

The mosque rises above the Atlantic Ocean. The building is built partially on land and partially over the ocean. This siting was accomplished by creating a platform linking a natural rock outcrop reclaimed from the sea,[7][8] where the Orthlieb Pool had previously been located. Two large breakwaters were also built, to protect the mosque from the erosive action of the ocean waves, which can be up to 10 metres (33 ft) in height.[9] A temporary pier 800 metres (2,600 ft) in length had to be erected to protect the foundations of the pillars from the sea during the construction period.[10] Its environmental advantage is that it is free of noise and pollution and receives a fresh breeze from the sea.[4]”

The mosque is a stunningly beautiful cathedral and is the only mosque in Morocco that is open to visits from non-Muslims.  We found that there visitors from all over the world lined up to buy their tickets to see the building.  Guides were multilingual and efficient. 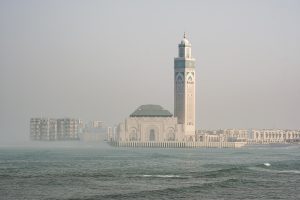 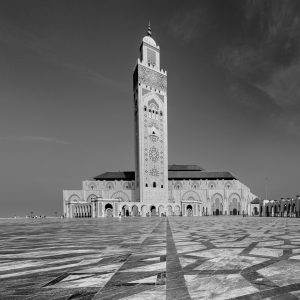 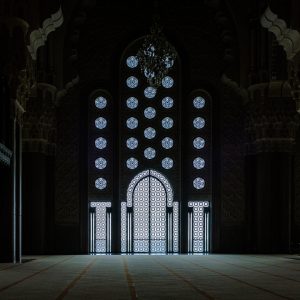 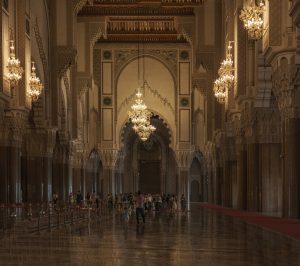 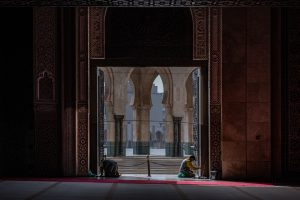 Fountains on the lower level under the main hall which are for ritual bathing. 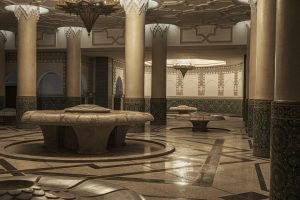