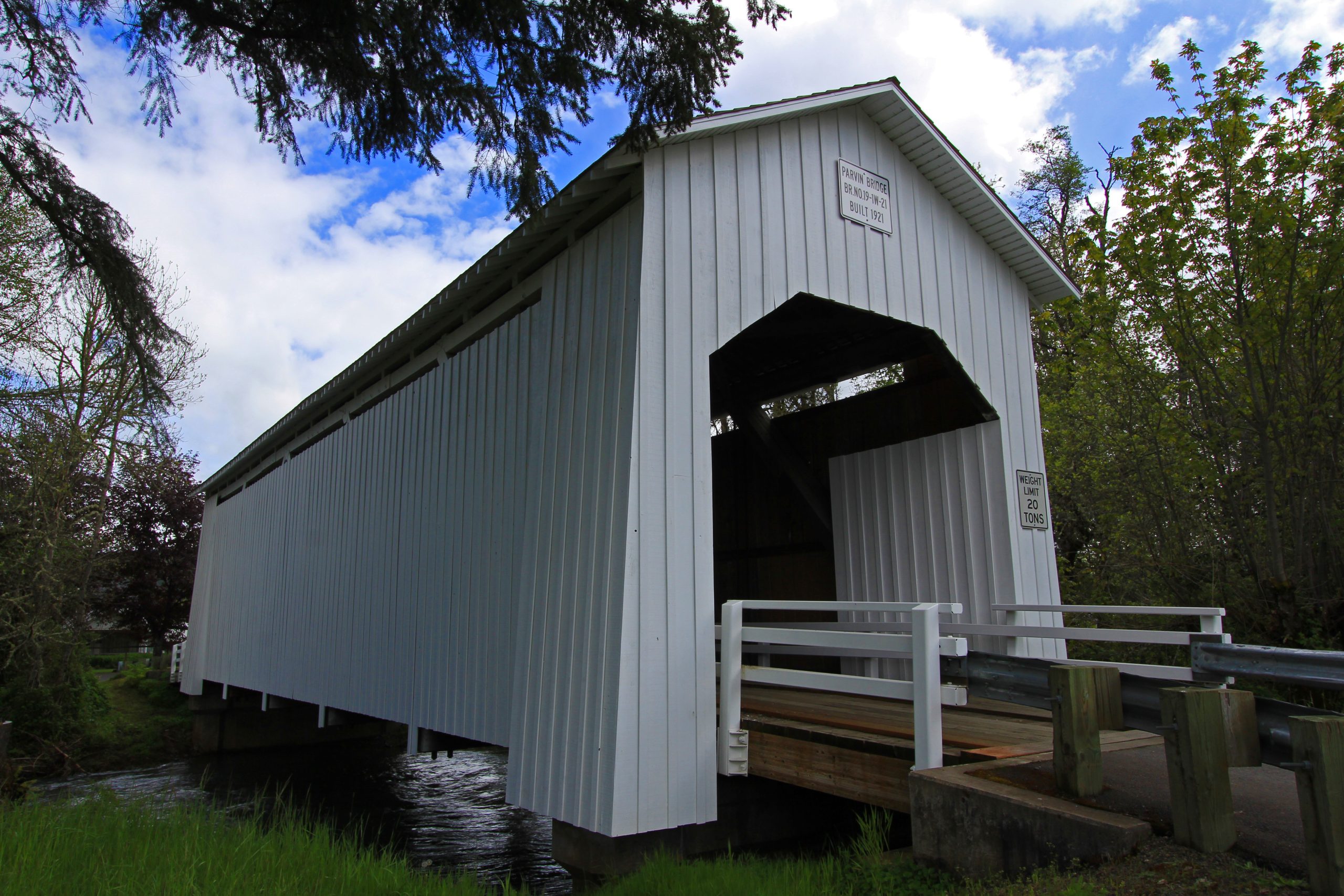 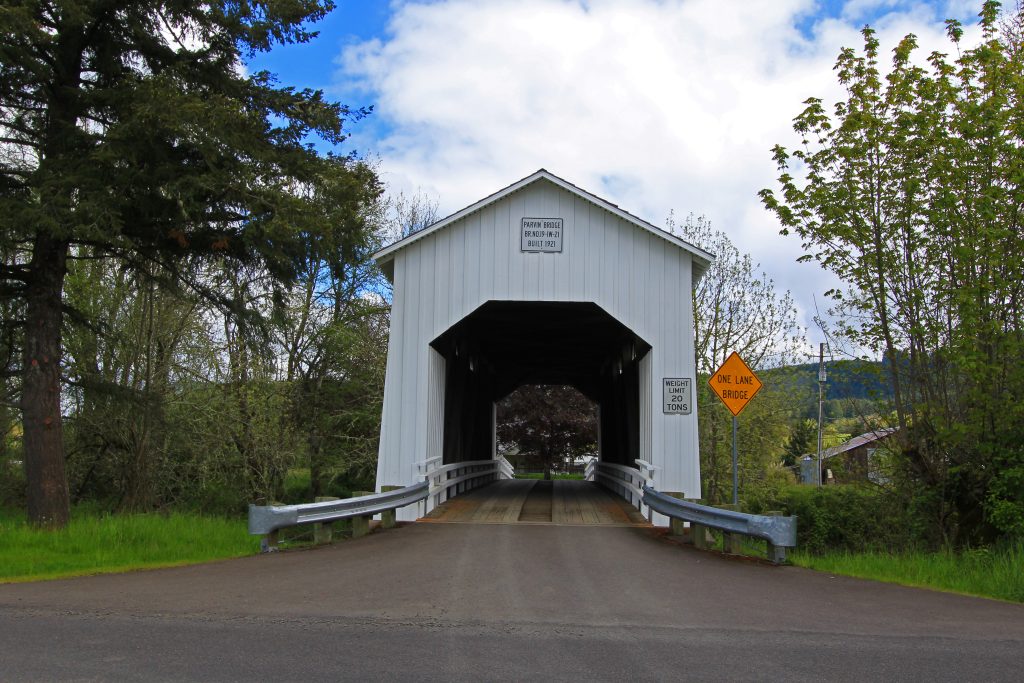 Parvin Covered Bridge, also known as “Lost Creek Bridge,” is a little off the beaten path but well worth the drive.  Set in a spectacular rural landscape, it has all the romantic charm one desires in a covered bridge.

“While I was Shooting this Covered Bridge a Gentleman was Walking his Dog, and he came up to me, and started to Talk about Covered Bridges, he said Before he Retired he used to Work for the State and he was the Bridge Inspector for the State of Oregon,  he talked about Old Bridges through out Oregon and then he told me about a Covered Bridge in Deadwood Oregon that was made just for Log Trucks at one time for a Mill and that the floor is Slanted to Accommodate the Trucks.   He said if I was ever in that Area its Worth Checking out.   He was very Interesting to Listen to and Talk to.   Guess where I will be Going? ” 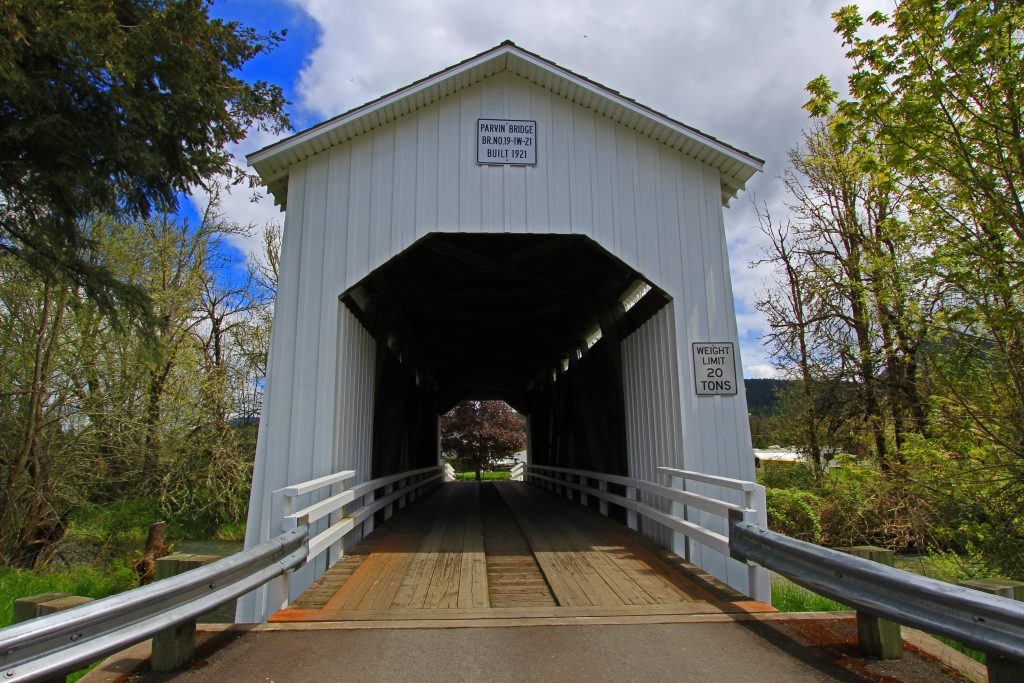 Originally a 66-foot (20 m) bridge spanned Lost Creek, a tributary of the Middle Fork of the Willamette River near the 1880s homestead of early pioneer settlers James and Salina Parvin. He ran a store and served as postmaster for eleven years. He was also active in the Dexter church. 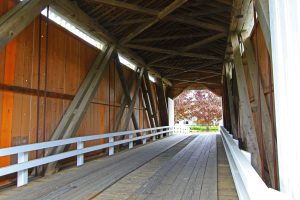 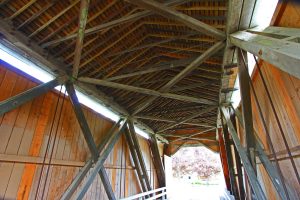