The ancient Roman city of Volubilis in central Morocco ranks as one of the better preserved Roman sites of the ancient world.  Now a UNESCO World Heritage site, it offers a good glimpse into a small Roman city of 20,000 inhabitants.

Unfortunately when we were there conditions were not photographically optimal as it was midday on a blazing sunny day with temperatures of 35 celsius (95 F) which is a little more than I can tolerate for any length of time.  However, although we did what we could, I would certainly love to go back in the early morning with long shadows and no tourists.  Sigh.

As is the case with many ancient cities, earthquakes, war and general plundering of its resources for building blocks elsewhere took its toll.  However excavation and restoration have turned the city into a wonderful place to feel and visualize the past.  Originally a Carthaginian/Phoenician city, it has seen Romans, Berbers and Muslims come and go, each leaving their imprint on the city. 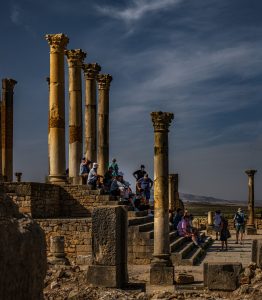 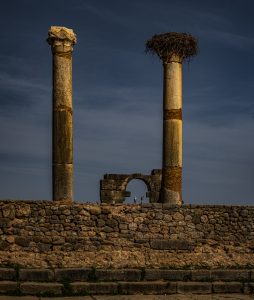 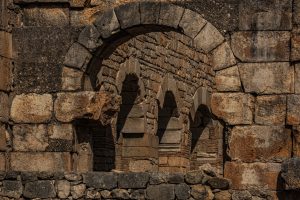 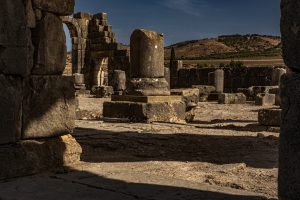 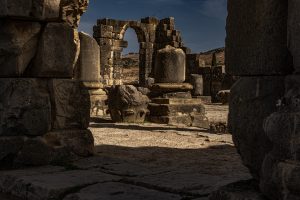 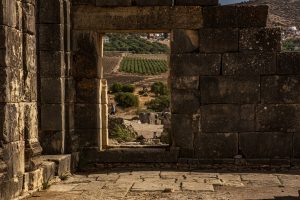 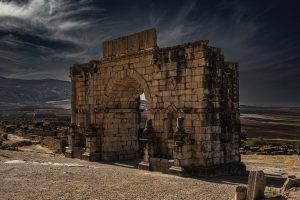